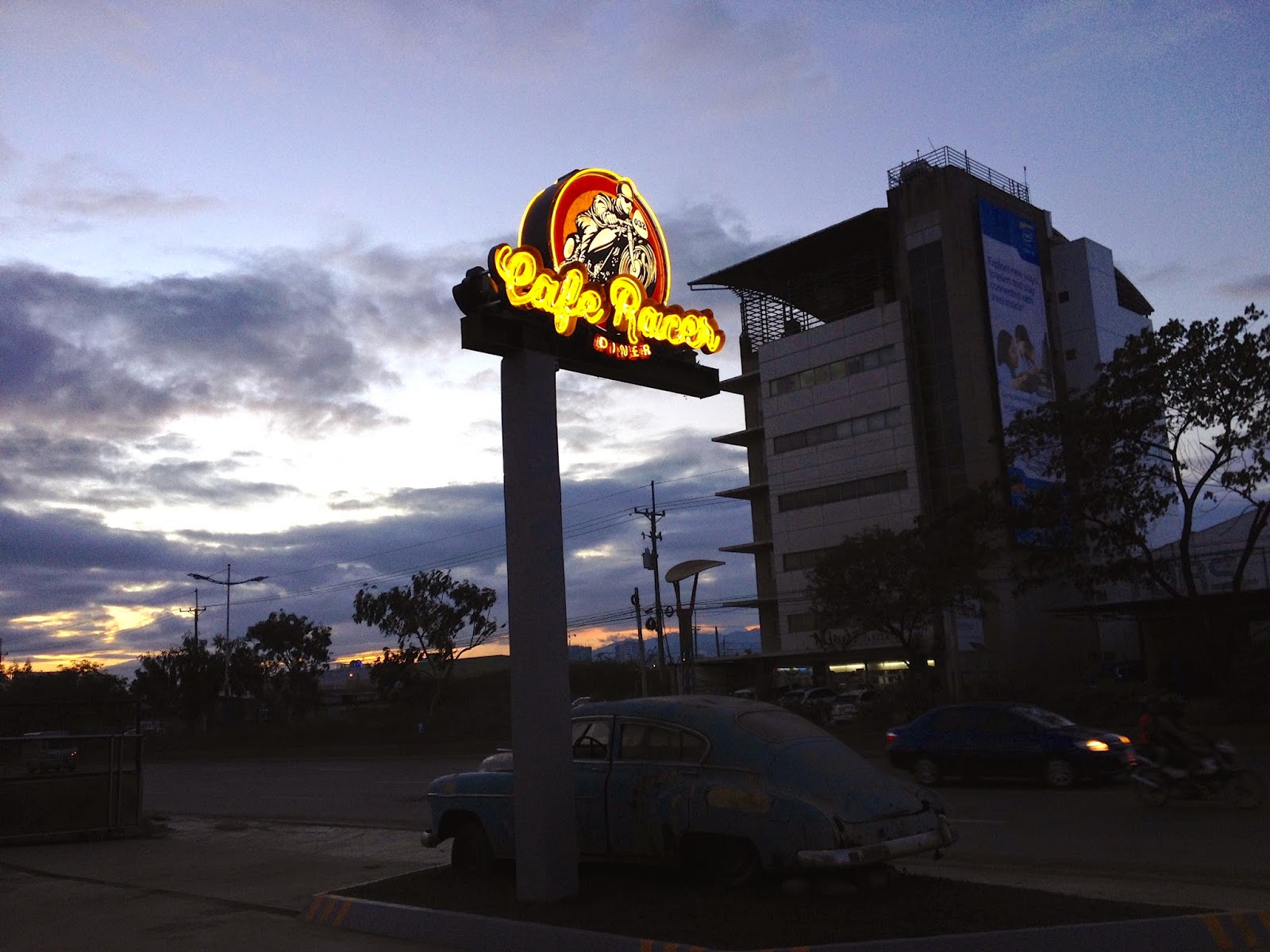 It's another day in the 2015 Sinulog week and to avoid the traffic, I went to the North Reclamation Area and then I saw this diner.  I decided to check it out and maybe have some decent snack. 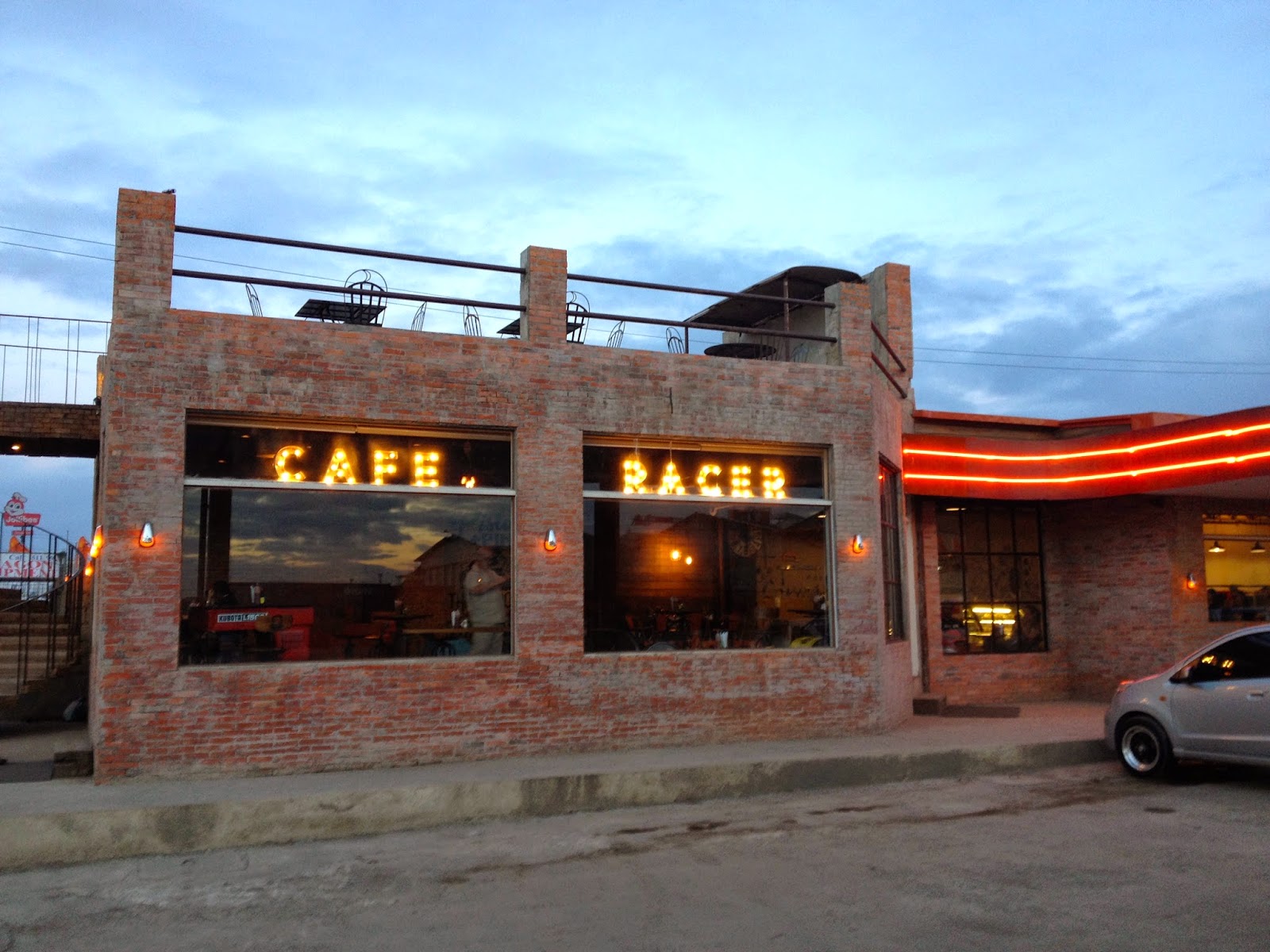 I did not expect much of this place.  The outside looks like an refurbished abandoned gasoline station and there is a car wash for people who wants to have their car cleaned while enjoying some good food. When I got inside of the main diner, I was blown away. There are so many Instagram worthy areas in Cafe Racer Diner.  And it starts with the cashier's area.


The cashier is housed in an old VW van.  It's really cool to look at.  There's an area where the seats are made of motor oil drums and I decided to sit there. Cafe Racer Diner has a large screen television showing NBA games and since I was alone and I was waiting for someone I reckoned that I should watch a game to pass time. It was the Nets vs. Rockets and the only thing I remembered for that particular game was the Kevin Garnett  headbutt to Dwight Howard. 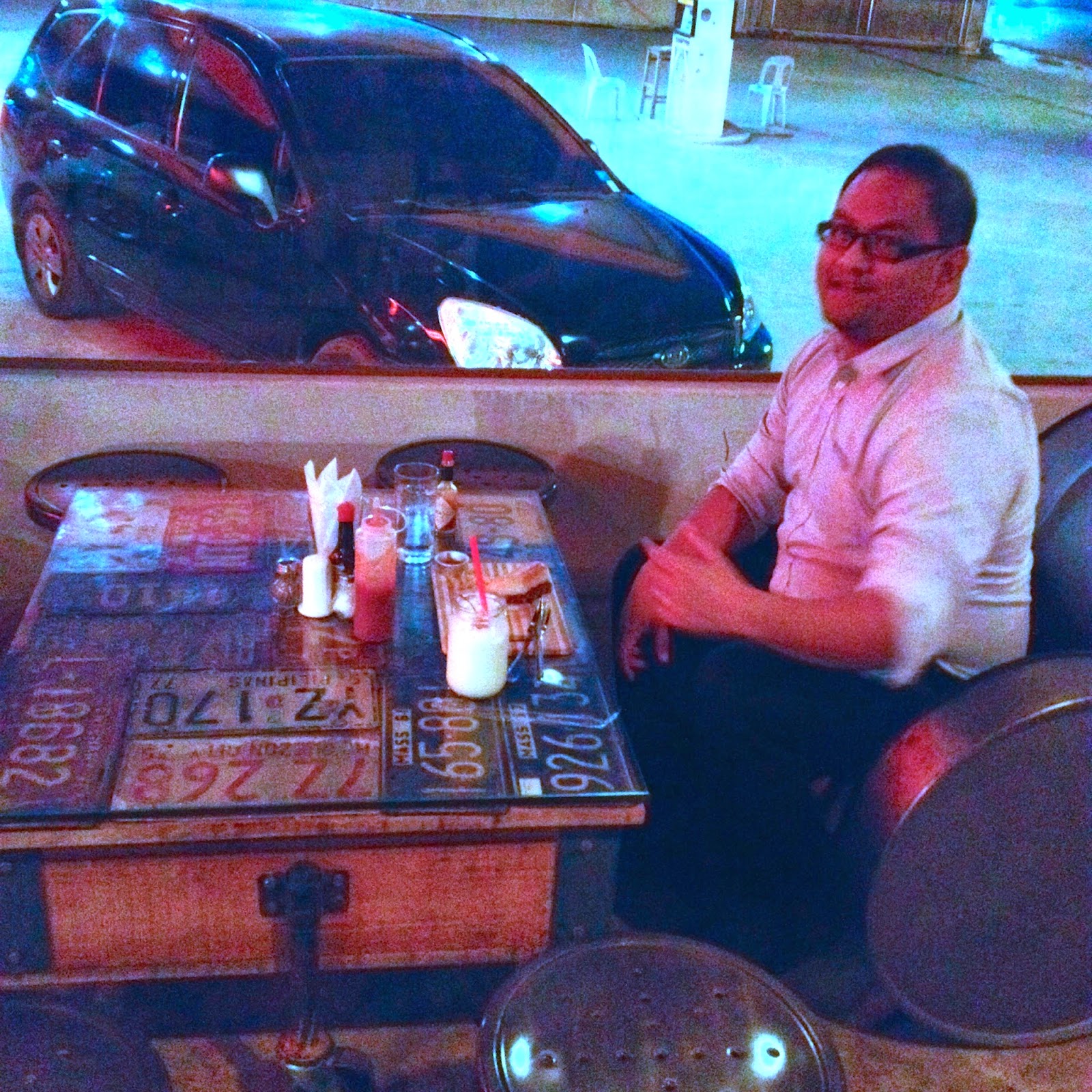 For the food, I  decided to order a typical diner meal which consist of a Vanilla Milkshake and a Cheeseburger. The Cheeseburger was 120 pesos while the shake was at 85 pesos.  Not bad! The burger came with french fries and it was served in a wooden chopping board which is like the"in" thing now many restaurants in Cebu. The size was good for a guy like me. The milkshake was served in a glass that looked like a recycled mayonnaise bottle. It had a cherry on top.

Verdict: For the price and the ambience, the food is great.  I enjoyed burger while watching an NBA game. I had milkshake that reminded me of childhood. I want to go back there with some friends and try their other dishes.  The waitress said that most people order rice meals particularly the ribs. They also serve barbecue at 15 pesos a piece and other grilled specialities like the bacon bomb. They serve beer as well which makes Cafe Racer potentially a great new spot for inum or get together with some friends. They have outdoor seating and the parking space is ample which are big plusses.

Location: Cafe Racer is located at Ouano Avenue.  It is around 200 meters before S & R if you are coming from SM.