January 29, 2015
Because of social media sites like Instagram or Facebook and the affordability of camera phones, a lot of Cebuanos are fast becoming social media foodies. Hashtags like #foodporn and #happytummy has become one of top hashtags in Instagram and Twitter. Another food requirement I think to make a Cebuano or Cebuana a certified foodie aside from pungko-pungko is to have a favorite ngohiong place. Ngohiong is Cebu's answer to spring rolls. It is a cheap food item that is a big hit to true blue Cebuanos.

I asked a few of my friends about their favourite places to eat ngohiong.  The answer is not really unanimous but a couple answered Carlos Ngohiong. Some also said Doming's in Guadalupe, Atik's in Mabolo, and Chinese Ngohiong near USC Main.

One time I ended up in Mambaling with a friend and I told her that I want to have ngohiong lunch at Carlos Special Ngohiong.  It has been quite a while since I went there.  I almost got lost but thanks to a friendly trisikad driver, I ended up parking beside what seemingly a big house with a green gate. 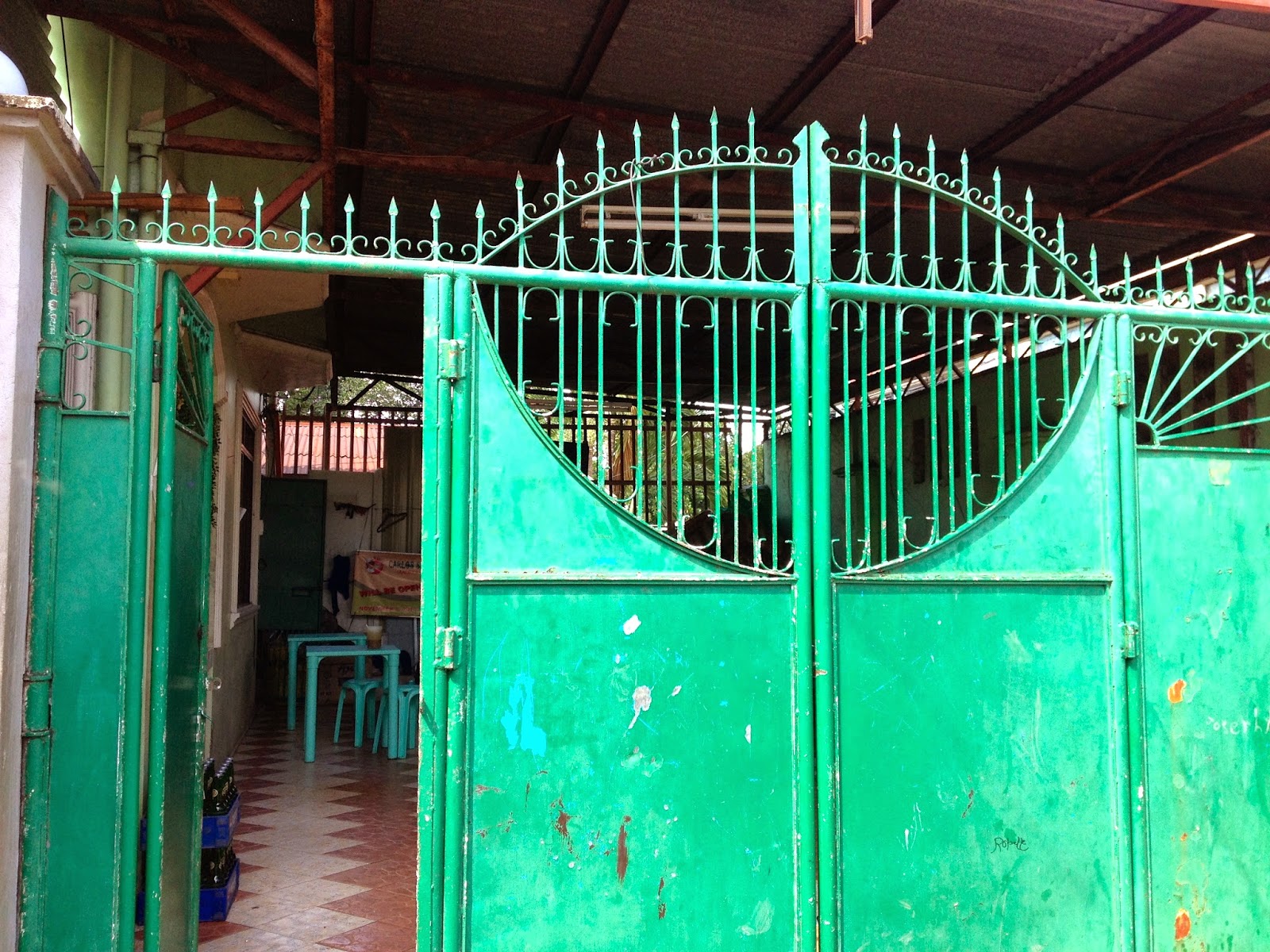 This is Carlos Special Ngohiong in Mambaling.  It's just an ordinary looking house and there is no signage that in this house, you can enjoy arguably the best ngohiong in Cebu. We immediately ordered several pieces of ngohiong, puso, fried chicken bisaya (local chicken), and fried atay and batikolon (liver and gizzard). It was still like 11 AM so we have the place all by ourselves. 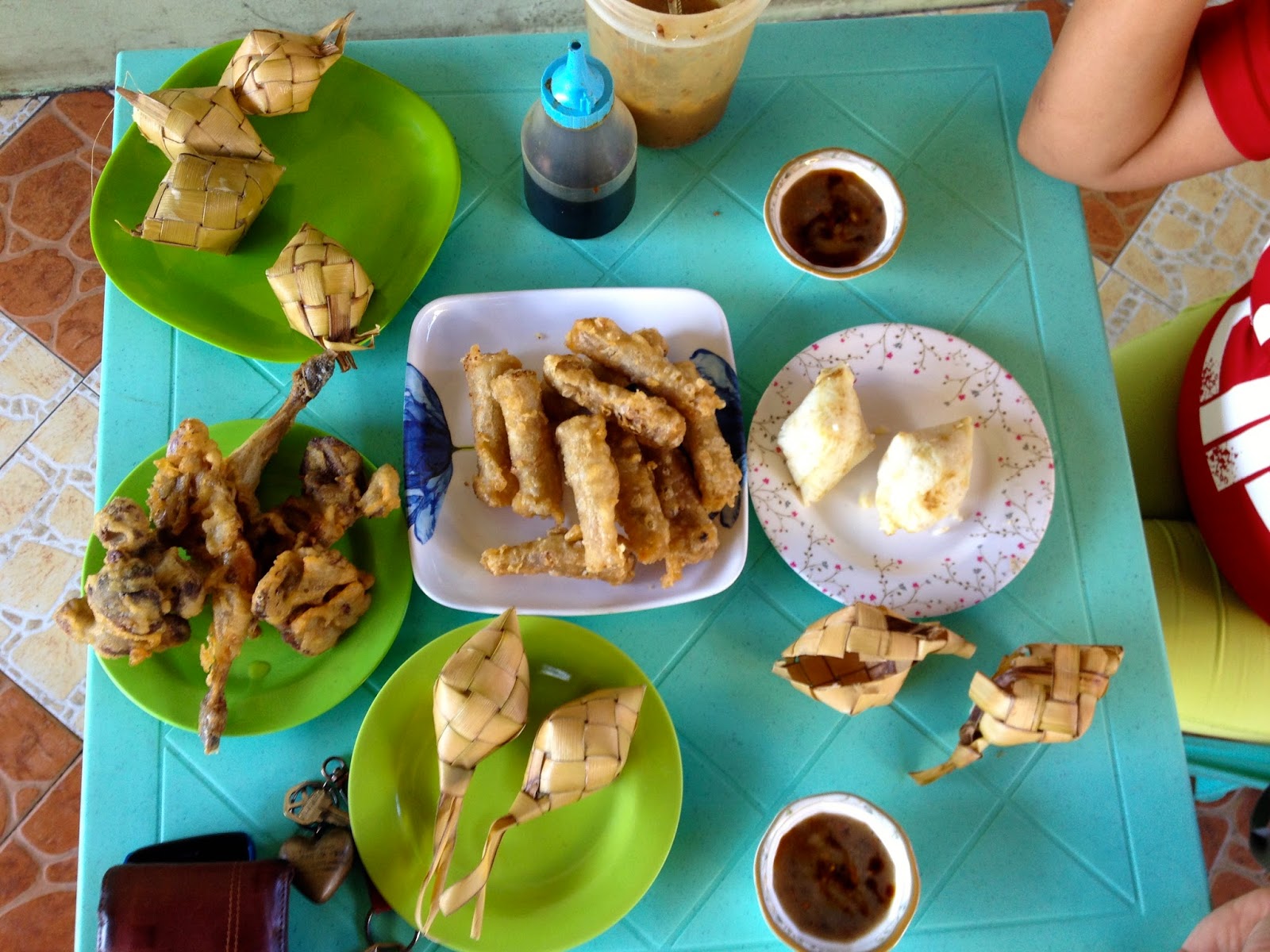 For 2 people we ordered 10 pcs of ngohiong, 2 fried chicken thighs, 4 liver and gizzard, and 8 puso or hanging rice. It's a special meal.  It's a feast! 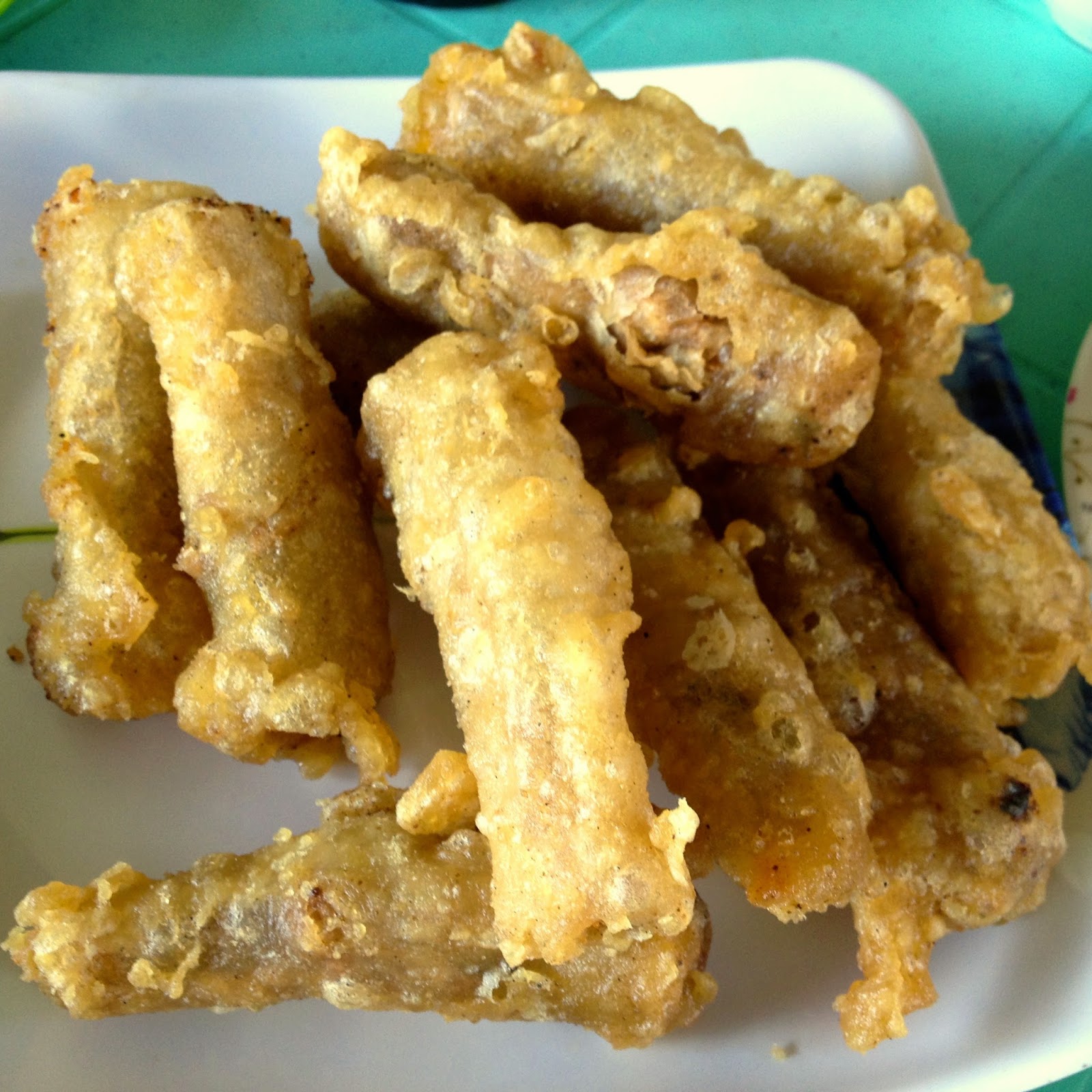 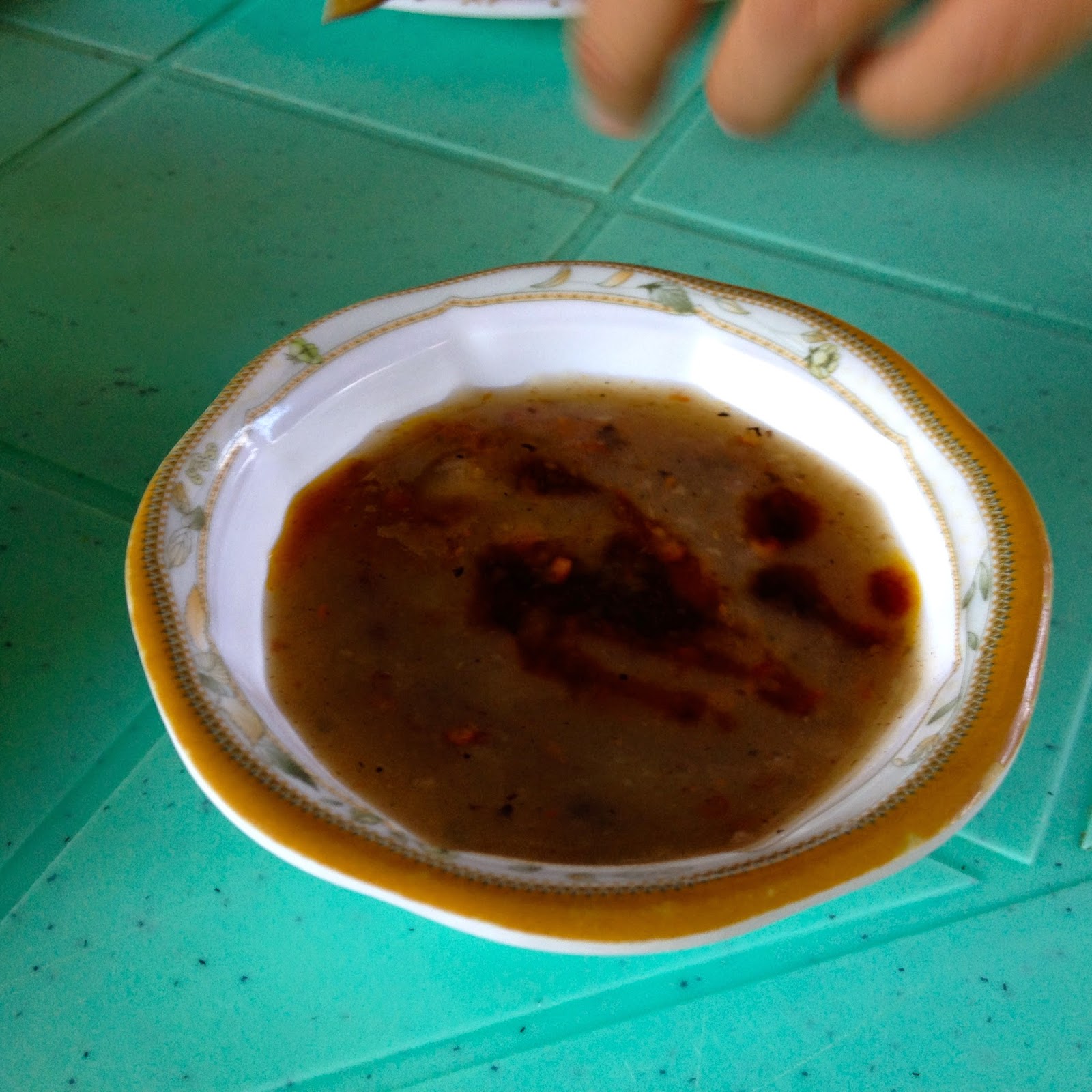 A lot of people say that the key to ansatisfying ngohiong meal is the sauce. I totally agree and the sauce at Carlos Special Ngohiong is just magnificent. It is spicy, flavourful, and it really elevates the Carlos Ngohiong experience. 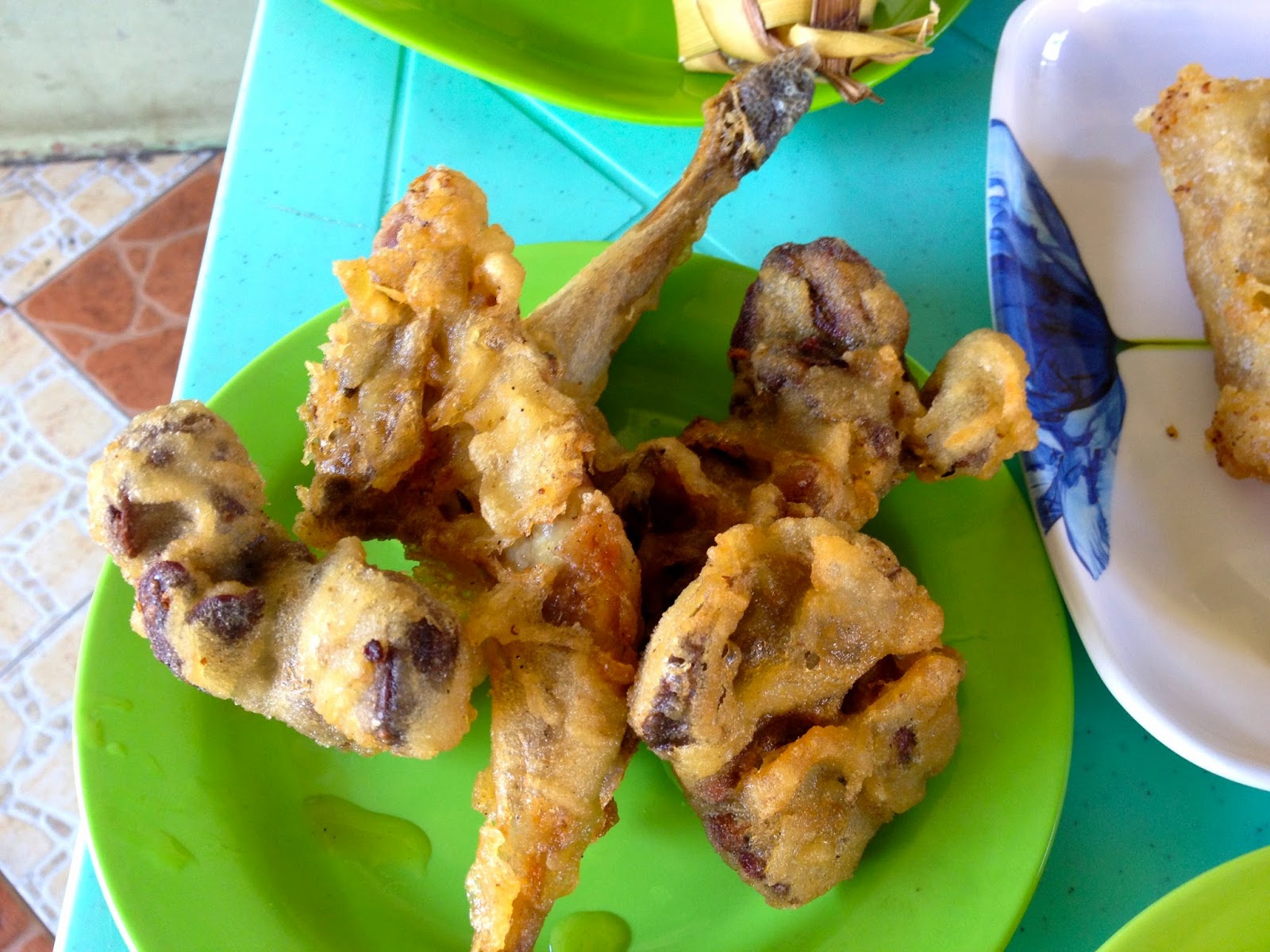 The freshly fried chicken and chicken parts are delicious as well. I just want to warn you that you have to eat ngohiong first and let the chicken liver cool a bit because it is newly fried and sometimes it could be too hot for your tongue to handle.

You might ask if there are any leftovers in our special meal? Of course not! We finished it all. My friend even ordered 10 more pieces of ngohiong for takeout. Including drinks our damage was less than 500 pesos. I was really happy after I ate there and I would say that indeed, they are one of the best of Cebu when it comes to ngohiong.

Carlos Special Ngohiong now has branches in Andres Abellana (Beside CFG) and Mabolo (at the back of Saint Joseph Parish). So, where is your favourite ngohiong place????