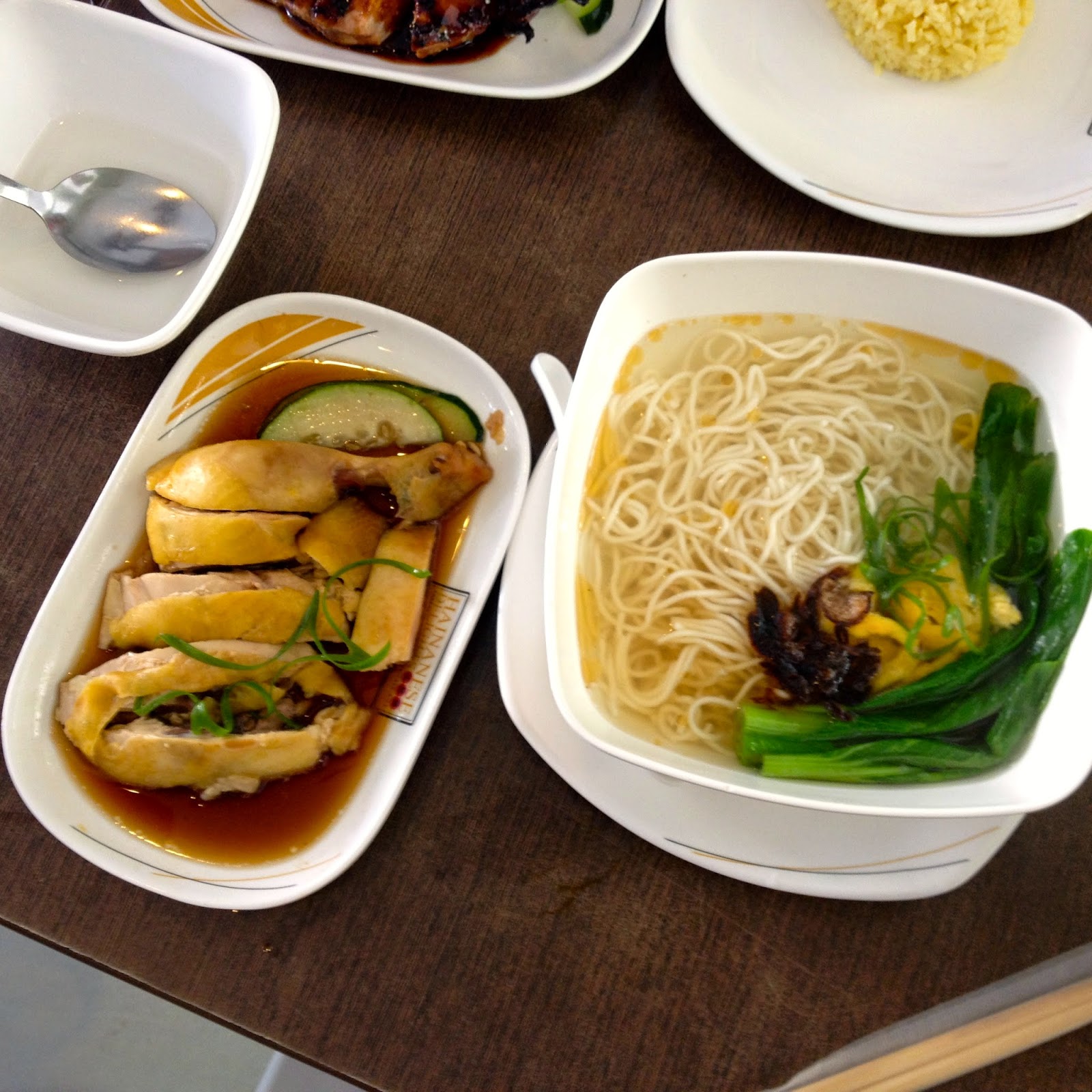 Our office and one of our main exhibits are located in Robinsons Cybergate Cebu. During lunchtime, my sales team usually head towards the cheaper carenderias in the Capitol Site area.  Summer is starting and we did not go out on this particular day so we decided to eat Hainanese Delights in the food court area of Robinsons Cybergate.  Hainanese Delights specializes in Hainanese Chicken which is very popular in Singapore.  The restaurant also boasts of various chicken, pork, beef, and vegetarian specialties.  Singapore's Hainanese influence dates back during World War II when many residents of Hainan of Southern China emigrated to other countries.  The Hainanese cuisine evolved to suit the taste of Singaporeans and now it has reached Cebu.

Hainanese Delights has menu of around 20 dishes.  I decided to order the Singapore Staple which includes a quarter Hainanese Chicken with a bowl of noodle soup. Flo wanted Geneve to taste the Hainanese Chicken which factored into my decision to order one. Flo is not a big fan of Hainanese Chicken because he found it really bland when he visited his cousins last year.  The version here at Hainanese Delights were not as bland as what Flo described.  It is mildly seasoned with a sweet soy broth. The whitish color reminded me when some of my relatives cook bland chicken during a house blessing to please the supernatural beings.  My Hainanese Chicken goes well with the noodles in clear soup although I put a lot of chili oil to both dishes to suit my taste. 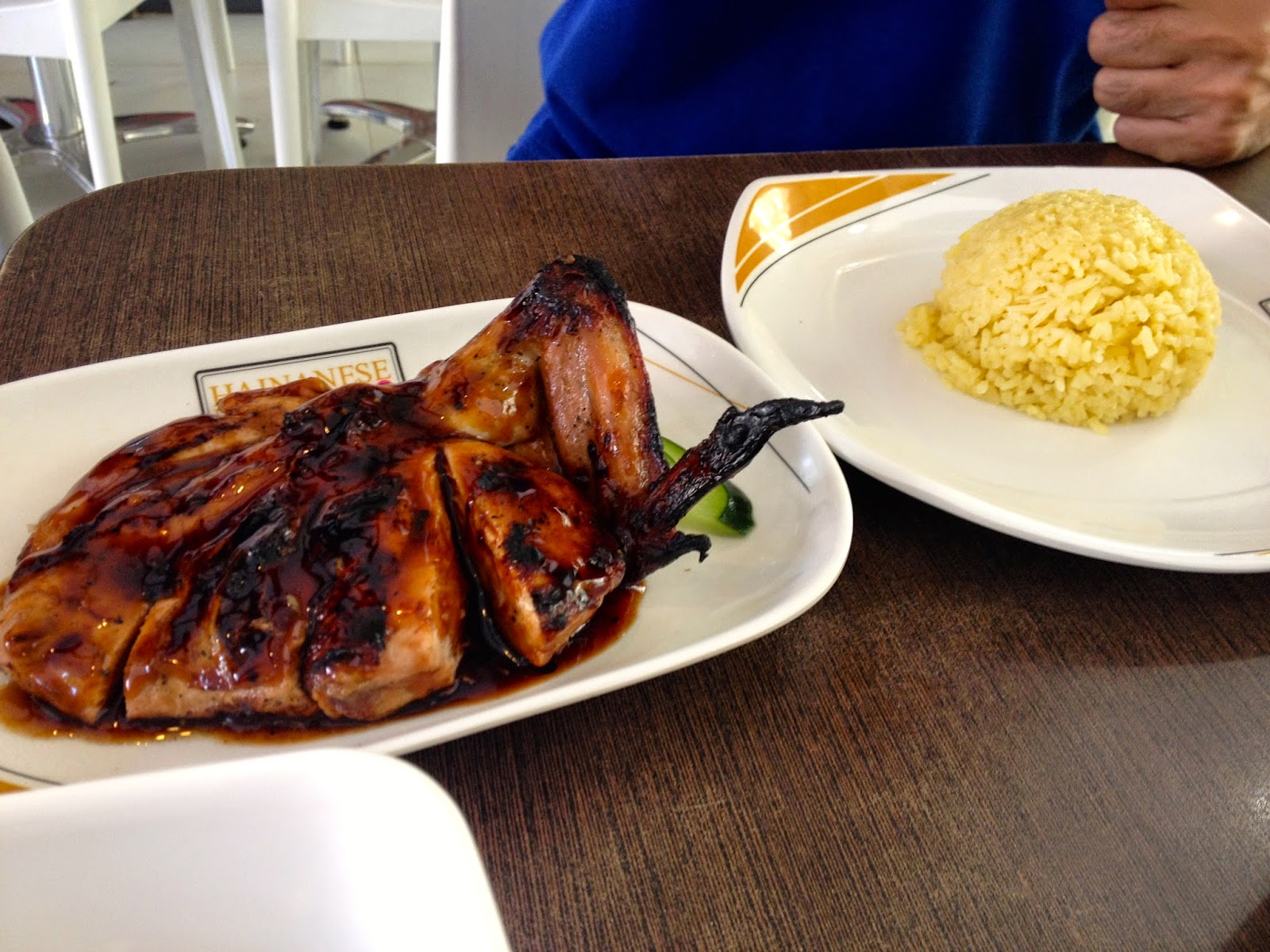 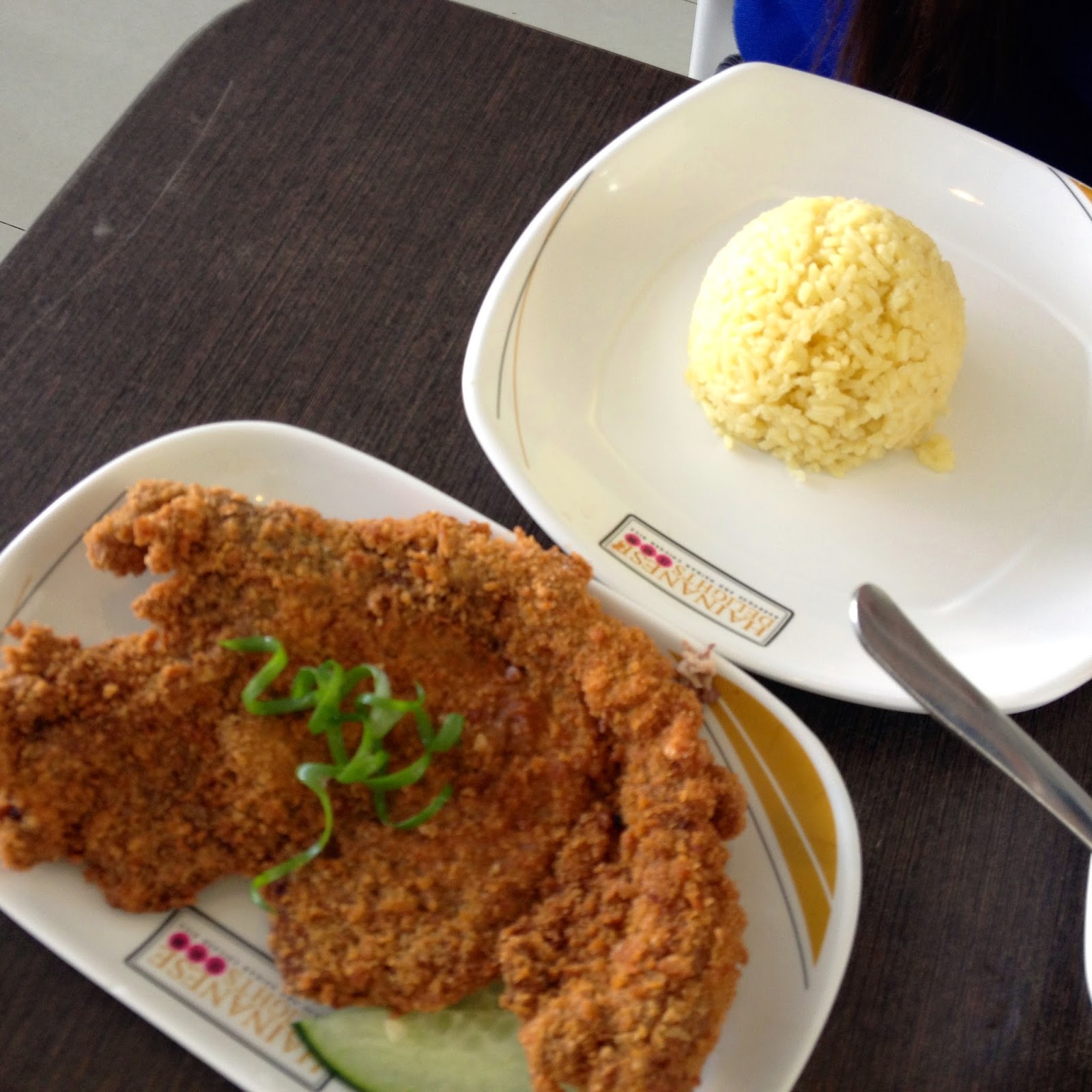 Gen, meanwhile, picked the Pork Passionate. It is fired pork chop dish with a crispy batter.  It is similar to a Tonkatsu.  Gen had to refill her rice twice with her dish. 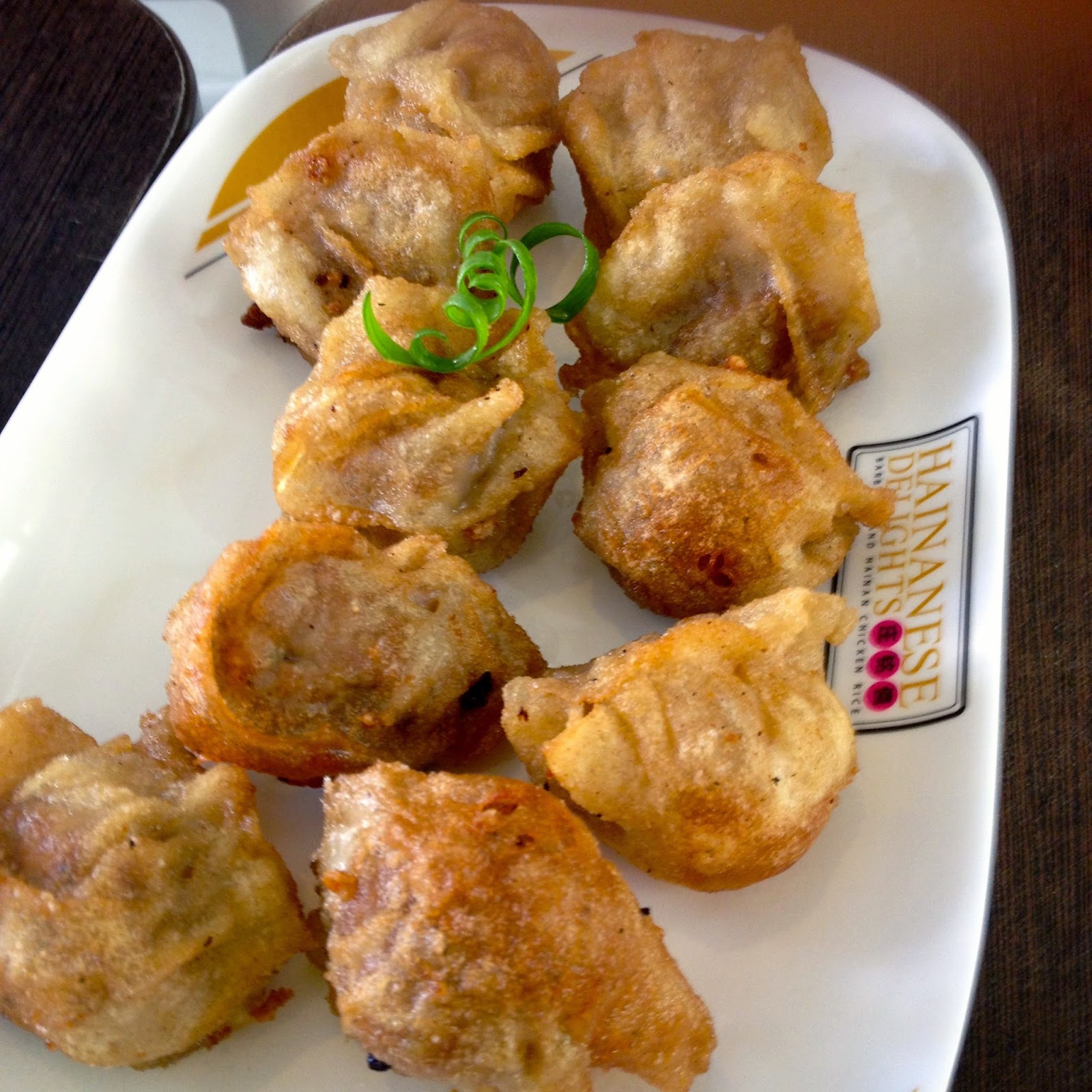 We also ordered fried pork dumplings.  The dumplings taste really well with some of their sauces.

We had a filling lunch and had some interesting conversations about the future. Hainanese Delights is an excellent lunch place in the area.  It has good seating and it is not as noisy as the food court. For people on the budget, they also have set meals for 75 pesos.  If you are craving for something Singaporean, you should check out Hainanese Delights at the second level of Robinsons Cybergate Cebu.