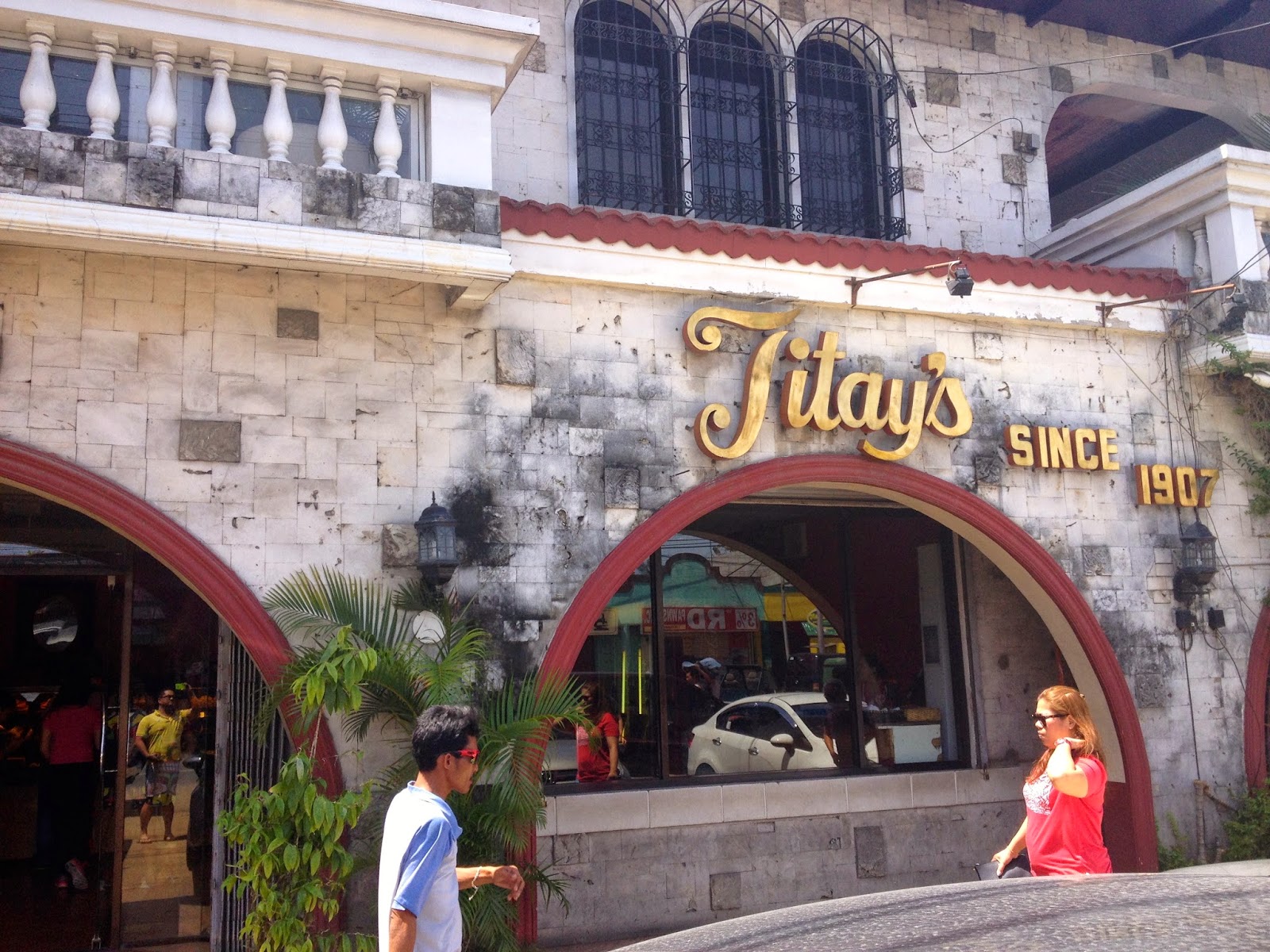 Titay's has been an institution in Liloan, Cebu.  The bakeshop is famous for its Roquillos and other baked goods like Mamon and Torta. Recently, I visited a friend who was living in Liloan.  I asked her what's a good snack in their town and she said Titay's has one of the best meat rolls.  I was a bit puzzled because I never associated Titay's with meat buns.  My curiosity led me to drive to the bakeshop to try it out. 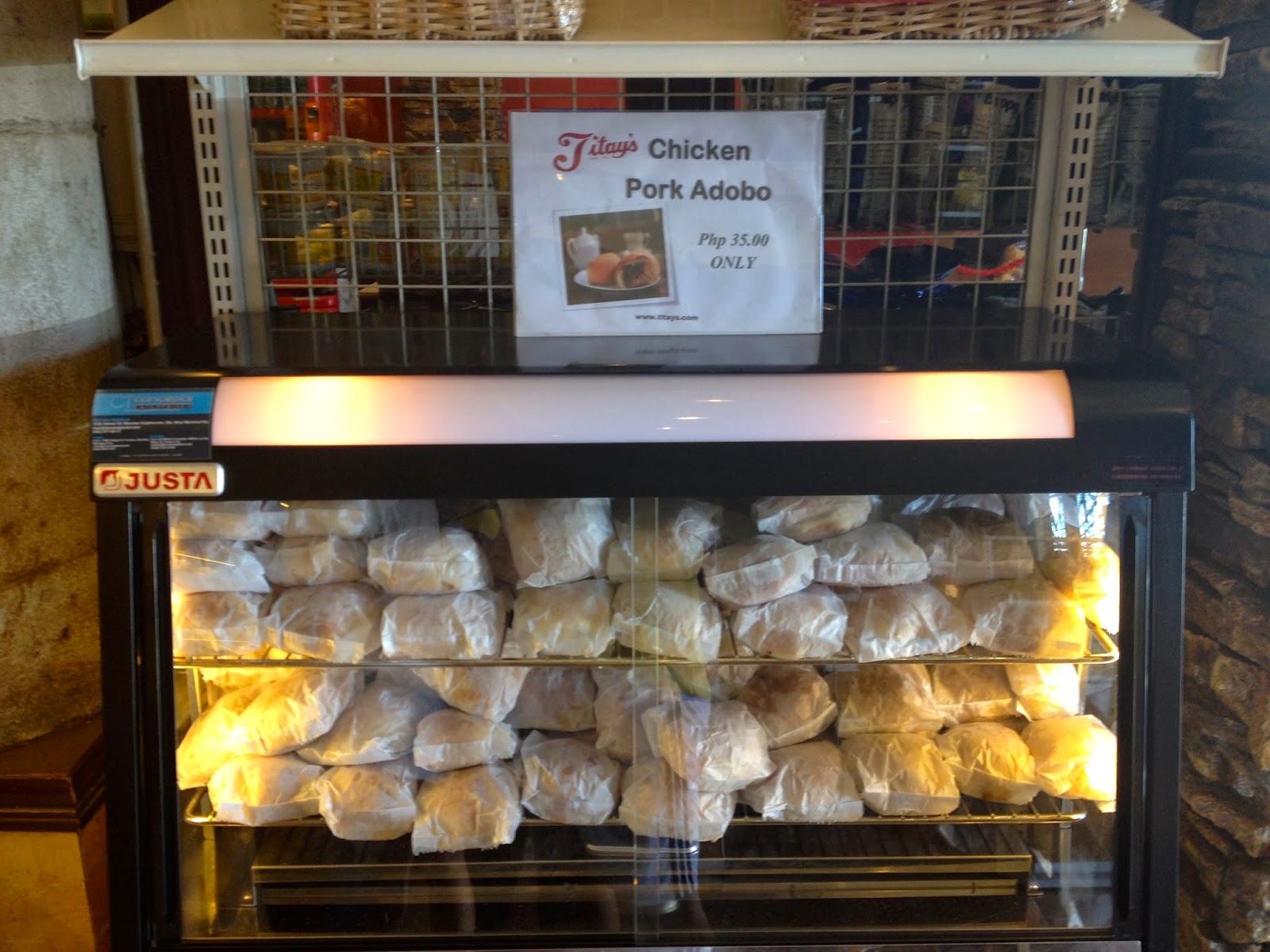 When I entered Titay's, I immediately saw a display of Chicken Pork Adobo rolls. It was priced at 35 pesos each.  I find it a bit expensive than expected.  I took 5 pieces and paid. The buns were still warm so I decided to eat one. 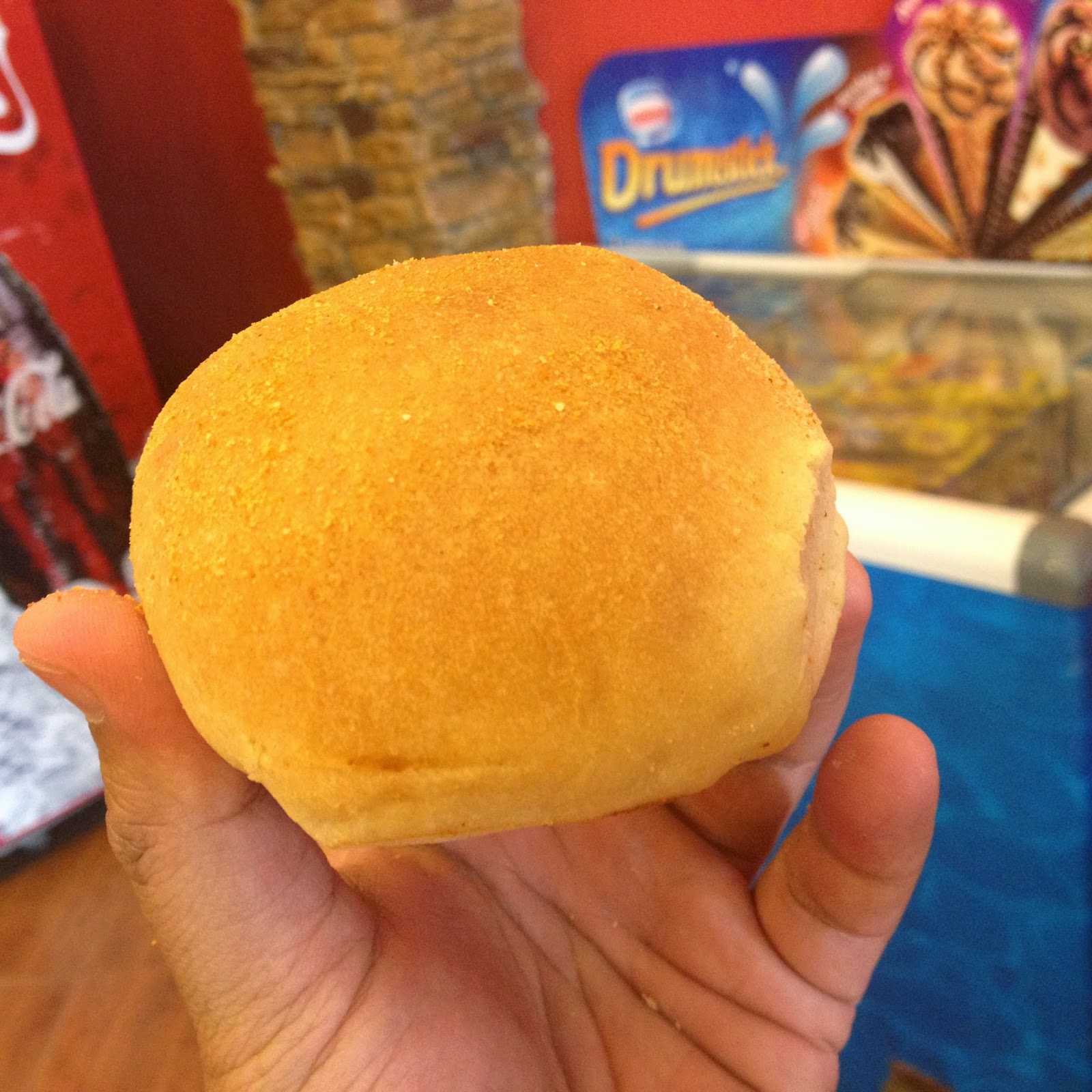 At first glance, it looked like a regular meat roll.  It is around 2 times bigger than a regular sized Pan de Sal. 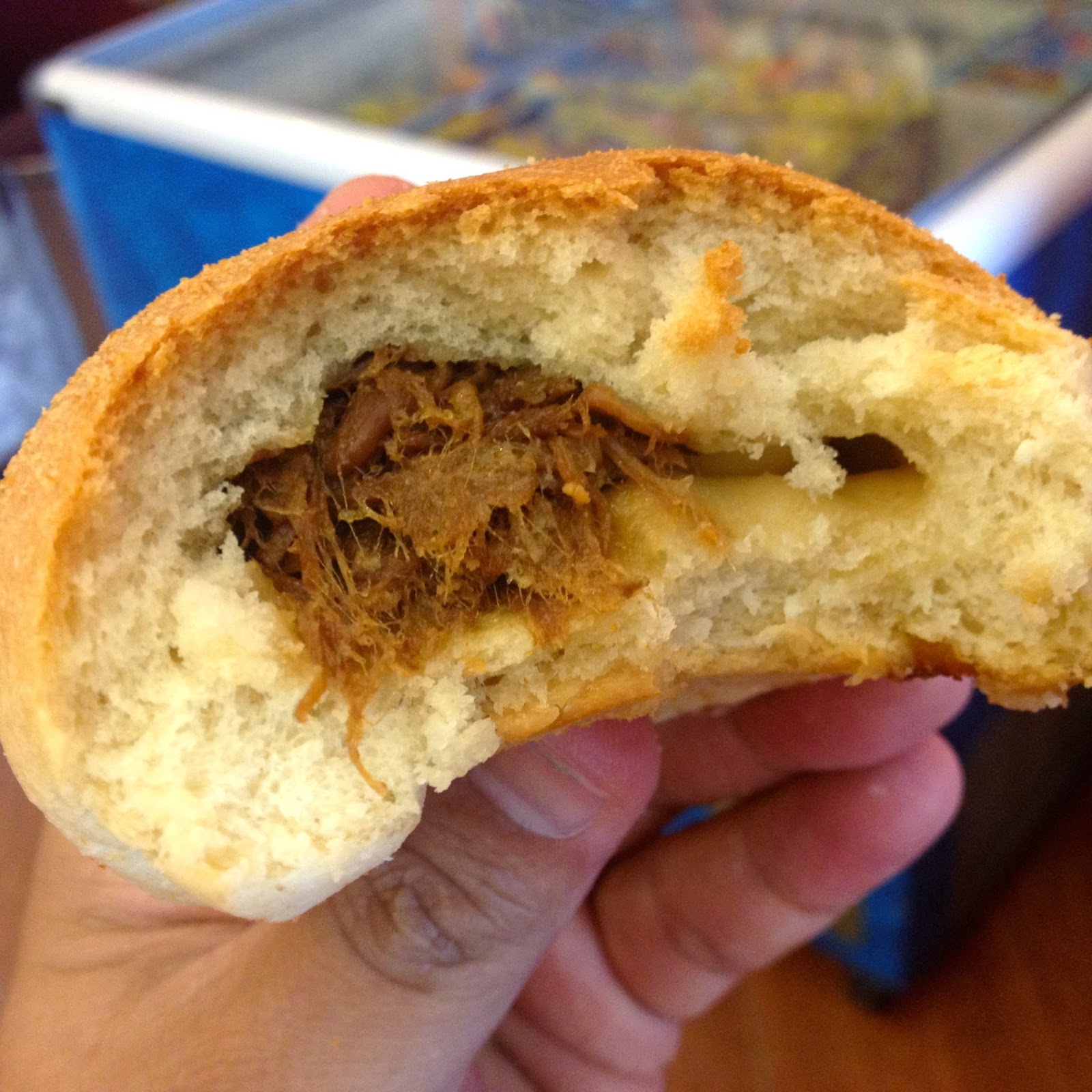 It smelled like it just came out of the oven.  The bread crust was a bit crunchy and the bread tastes really good. The filling was really delicious. I think I finished the Chicken Pork Adobo roll in less than 2 minutes.  I enjoyed it so much that I ate another one while driving.

When I got home, I put in the refrigerator. I ate another  piece a day later and it was still amazingly good even when cold. I had the last 2 heated in the microwave and had it so for snacks.

Have you tried this? Where can I buy meat rolls as delicious as these?