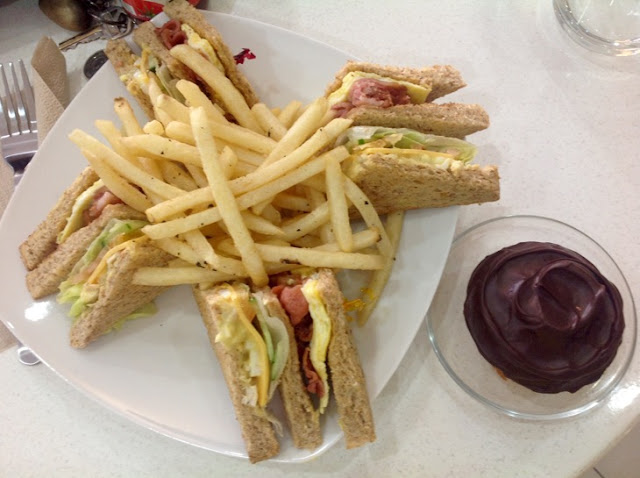 I went Fooda Saversmart Mabolo (Panagdait) a few days ago to shop for groceries.  After my shopping, I realized that a cafe has opened inside my neighborhood supermarket. I was surprised that it was a Sweet Little Things branch called SLT Cafe.  Sweet Little Things is actually one of my favorite cupcake stores in Cebu and I am really happy that they now have a cafe near my house. SLT Cafe is not only about desserts as they also offer meals, sandwiches, and beverages. 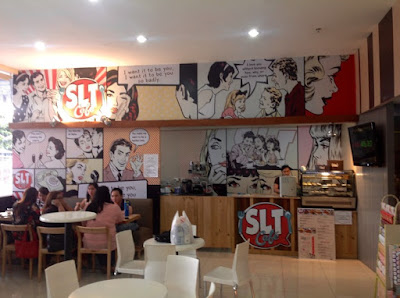 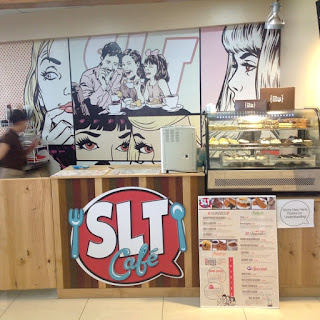 SLT Cafe has a design that reminds me of a 60's diner.  The walls are decorated with some colorful comic strips. Sitting capacity is good for around 20 people. 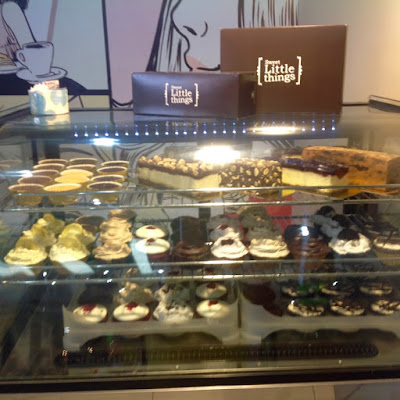 Just like their stall in Rustan's Ayala, the SLT cafe at Fooda features a great line-up of cakes and cupcakes.  I decided to have snacks there to try out their offerings. The menu has several interesting items like Rack of Ribs, Quarterpounder Cheeseburger, Beer-Battered Fish Fillet, a couple of salads, some pasta dishes, a few hot meals and several sandwiches. The price of their food items ranged from 99 pesos to 199 pesos which were really reasonable.   I was not particularly hungry so, I decided to order the Fight Club Sandwich with the idea of bringing it home if I cannot finish it. 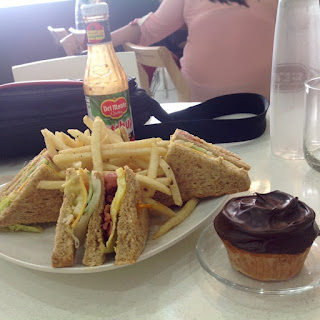 The Fight Club Sandwich costs 189 pesos. As part of their opening promo, they were giving me a FREE cupcake.  Free cupcakes for every meal.  The promo will last until the end of the month. I decided to get the Monkey Business cupcake which is a banana-chocolate cupcake topped with chocolate ganash. My sandwich came with a heap of French fries. 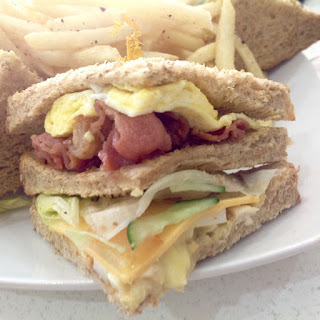 The Fight Club is stuffed with bacon, scrambled egg, lettuce, tomato, cucumber, cheese, and chicken salad. One slice can actually be a filling snack for a lady. The sandwich is perfect for sharing.  I finished two slices and had the rest for take-out. I was also able to eat the yummy cupcake. 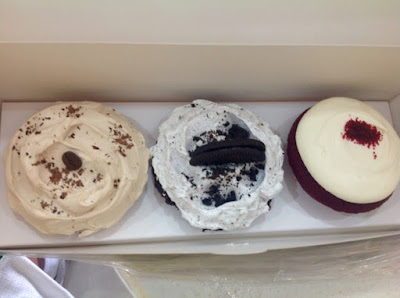 I decided to buy a box of three cupcakes for my wife because she loves Sweet Little Things cupcakes. I picked the Cappucino, Cookies and Cream, and Red Velvet.

It is a good thing that SLT opened a cafe nearby because I do not need to travel far to have some cupcakes or a quick meal. SLT Cafe is bound to be a major player in what is fast becoming one of the most competitive food streets in the city. This is another great snack or meal alternative in the F. Cabahug (Panagdait) area.

What is your favorite cupcake flavor at Sweet Little Things?