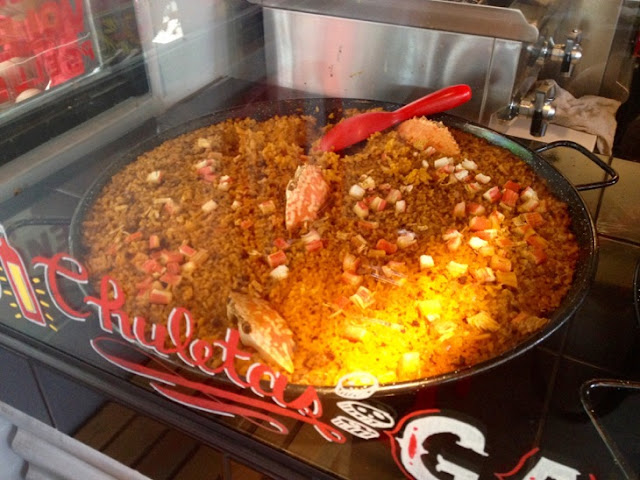 The Queen of Spanish food is probably the Paella.  A new Spanish Restaurant opened recently at the Banilad Town Center and it specializes in this popular Spanish rice dish. Hala Paella! is positioning itself to be the place to be if you are craving for delicious, authentic, and affordable Paella. 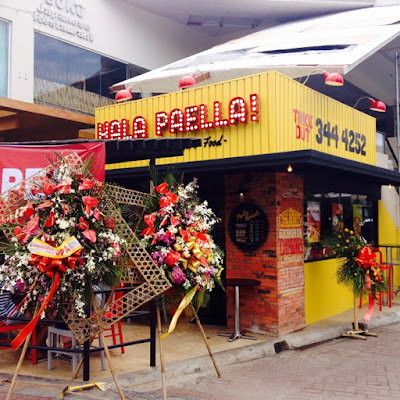 Hala Paella! is located at the ground floor of the Banilad Town Center just beside Dimsum Break. The food stall has limited sitting, but they accept take out orders. 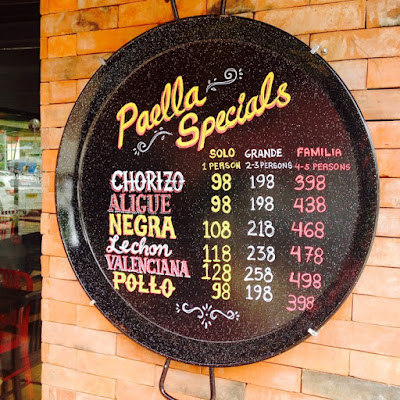 Hala Paella! specializes obviously in paella. Paella is a rice dish cooked in a round and shallow steel pan called a paellera. The Spanish rice dish uses different kinds of meat although popular ones usually have seafood in it.  Hala Paella! serves 6 types of paella depending on the topping: chorizo, aligue, negra, lechon, Valenciana, and pollo. The restaurant also sells it in different sizes.  Paella is an awesome food if you are alone, on a date, or with your family. 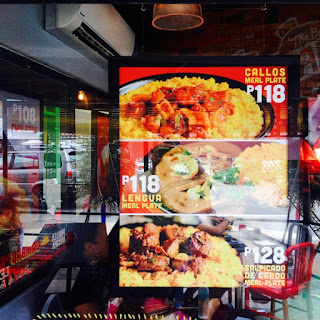 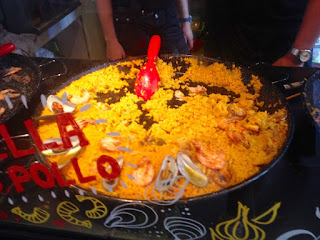 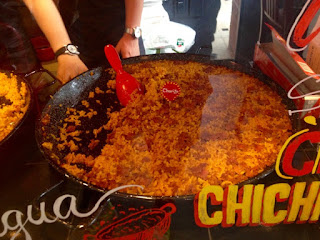 The paella is usually ready to eat at the newly-opened restaurant. It is sometimes overwhelming to choose what to order because they serve several types of paella, so here is a quick guide on the different paellas at Hala Paella!:
Paella Chorizo
Their best-selling paella is topped with the finest Spanish Chorizo.

Paella Aligue
If you love crab fat, then this indulgent paella is perfect for you.

Paella Negra
It is easy to distinguish this black paella as it uses squid ink.

Paella Lechon
An homage to Cebu, this paella is topped with Lechon chunks and skin.

Paella Valenciana
If this were a pizza, this is called Supreme as it is topped with chicken, chorizo, pork, and seafood. 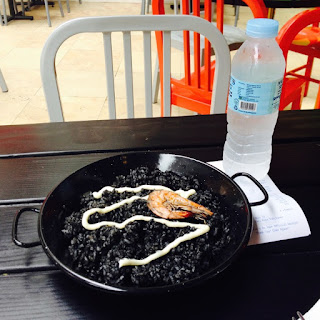 I decided to have a solo order of Paella Negra.  It was served in a mini-paellera and topped with some sauce and a piece of shrimp. 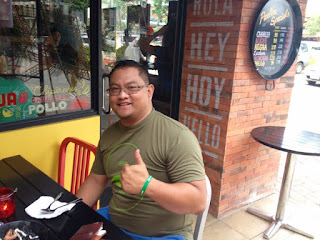 I really did not mind eating a big serving of squid rice with just a single piece of shrimp as viand.  I always loved the briny squid ink and the black rice dish at Hala Paella! made me taste the essence of the sea. When we cook adobong pusit at home, I usually pour squid ink on my rice and I can finish several cups of rice with just the squid ink. The paelle negra gave me that similar appetite-inducing taste. 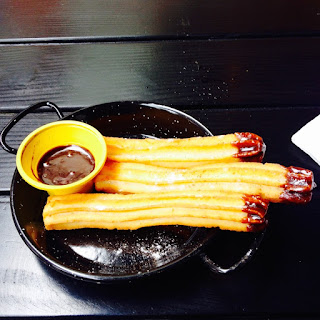 I capped my paella meal with an order of their churros. The dessert came with a chocolate dipping sauce which somehow brings balance to my palate after eating the Paella Negra.

I paid around 200 plus which could be expensive for a typical Pinoy lunch, but since this is a Spanish restaurant then I can say that my meal had a good value. Hala Paella! may not have the best paella in town but at the price point that they are offering it, they have the best-value paella in Cebu. It tastes authentic and it is readily available. Hala Paella is a good place to go for your introduction to a true-blue Spanish cuisine. Give it a try and let me know how you find their food.