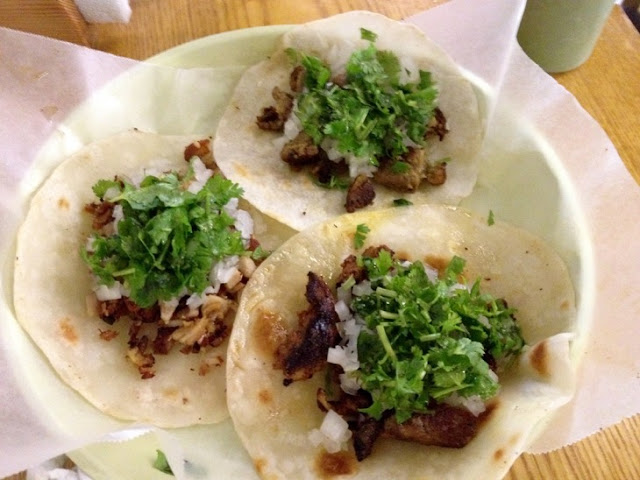 There are just days that just get better after some delicious Mexican food. One Tuesday, I ended up in Mango Square Mall and saw La Lucha Taqueria. I have been craving for some tacos and burritos so I immediately decided to have lunch there.  On hindsight, it was a delightful decision as I ended having a lavish lunch of burrito and a bunch of tacos. It was like all the stars aligned that I am in taqueria on a Tuesday noon which was perfect for a  #tacotuesday post. 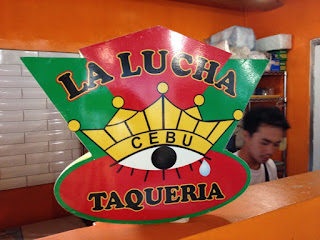 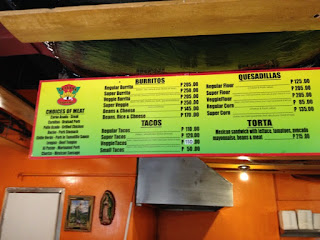 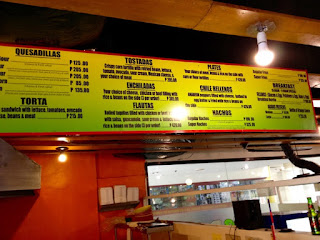 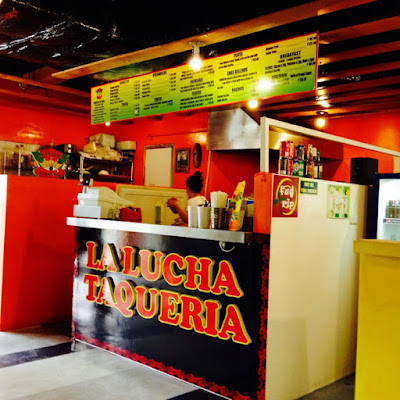 La Lucha Taqueria is a food stall located at the Ground Floor of Mango Square Mall in Gen. Maxilom Avenue, Cebu City.  The mall is where National Bookstore-Mango is situated. The taco stall is beside Persian Palate. La Lucha Taqueria specializes in Mexican food like Burritos, Tacos, Quesadillas, Enchiladas, Flautas, and many more. They also serve some items with rice. What made me curious when I first visited the place was the variety of meat that they are offering for their Mexican specialties.  I always get overwhelmed when I am confronted with so many choices so I decided to get 1 Burrito and a taco. 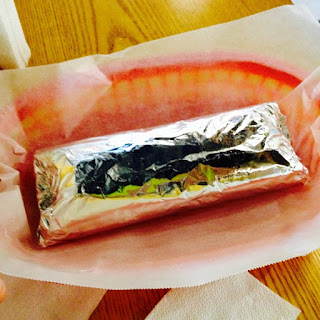 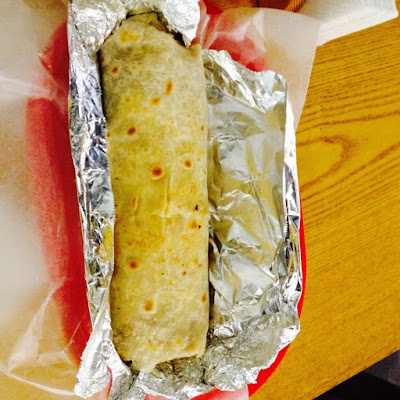 There are 8 meat choices for tacos and burritos at La Lucha Taqueria. You can have Carne Asada (steak), Carnitas (braised pork), Pollo Asado (grilled chicken), Buche (pork stomach), Chilie Verde (Tamatilio Sauce), Lengua (beef tongue), Al Pastor (marinated pork) or Chorizo (Mexican sausage).  For my burrito, I picked the steak or Carne Asada. I ordered the Super Burrito at 250 pesos which had fillings of carne asada, beans, rice, salsa, cheese, sour cream, and guacamole.  The serving was huge and it was big enough to share. Flavor-wise, the Burrito is really spot on.   It was a joy to eat and it was really packed with lots of fillings.  Any ordinary guy would be full after eating one burrito at this place.  I guess I am not an ordinary guy hehehe. 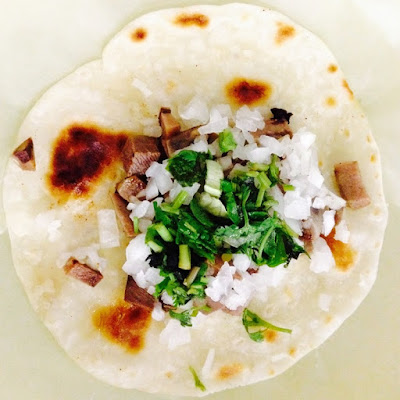 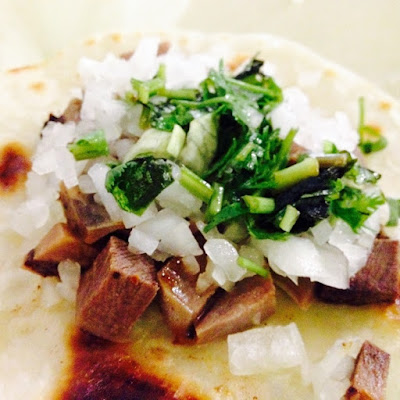 I got really curious with their 50-peso small tacos. It was just too tempting for me.  My curiosity got the better of me so I also ordered a small taco with lengua or beef tongue as meat. The taco came with a soft shell and it was presented open-faced.  The flour tortilla was topped with a good amount of meat with cilantro and onions on top. It was really good. If only I knew earlier, I would probably get 5 tacos for the burrito just to know how the other meats would taste like.  I liked the 2 meat cuts that I picked so much that I wanted to taste the other flavors right there and then.  My prayers were answered as I was able to talk the owner and told him that I am going to blog about his taqueria. He asked me if I eat pork and I answered him with a big YES. He told his crew to make me 3 tacos with 3 different toppings. 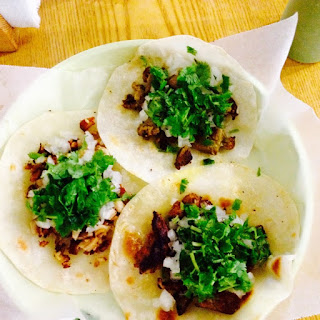 I was given Carnitas, Al Pastor, and Chilie Verde. The Al Pastor or marinated pork taco was full of flavor and very fragrant.  The cilantro is simply awesome as it made these tacos the most enjoyable tacos that I ever had. The Carnitas reminds you a lot of chopped pork kinupusan which gives this taco some pleasant crispiness. The Chilie Verde reminds me of humba as the meat was sweeter than the other two. 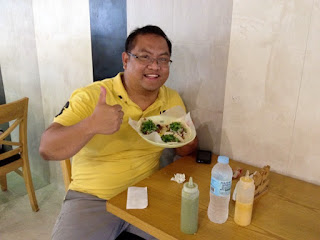 I love the variety at La Lucha Taqueria as each meat has its own personality. Aside from the meat, I want to give props to the sauces.   The green jalapeno sauce is a bit acidic (sour) but had a spicy finish. It was a good compliment with the items that I tried.  My favorite sauce though was their Orange Sauce. The sauce really packs some heat which caused me to sweat.  It was not actually overpowering as it was pleasant in the palate and it really made the tacos taste much better. They are actually selling this sauce at 255 pesos a bottle. If you love spicy food, you should buy a bottle or two of their Orange sauce.

I was stuffed after such enormous lunch, but I went home happy.  I am planning to go back there one of these days and I am going to taste the 3 meat choices that I have not tried yet. La Lucha Taqueria has also a branch in Talamban adjacent Bright Academy.  The Talamban branch is very near Bad Boys Wingz.  I guess I just found my favorite #TacoTuesday place in Cebu.

Do you love tacos too? How many can you finish in one meal??