10 Dove Street Confectionery: The Early Birds get the Cake! 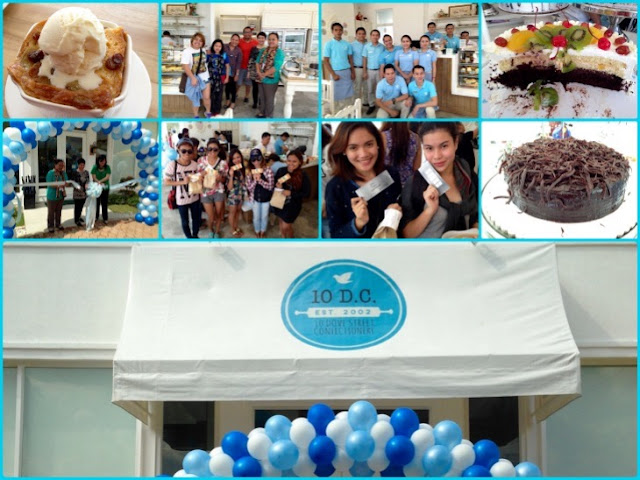 Yesterday was the grand opening of 10 Dove Street Confectionery.  I have eaten at 10 Dove Street several times already and they are known for complete meals or snacks that are capped with some delicious cake. The newly opened cake shop focuses on the last part of the meal or the dessert.  10 Dove Street Confectionery is another heavenly place for the sweet tooth in Cebu.  Cake lovers were united at their grand opening as dozens of people line up to buy cakes and be a rewarded with an awesome gift.

10 Dove Street Confectionery was to open at 10 a.m. on its grand opening day. I arrive around 8:30 A.M. and the place was already crowded. If I lined up, I would have earned a silver ticket but I was like the 90th customer. I missed getting the Golden Ticket by like 9 hours. hehe 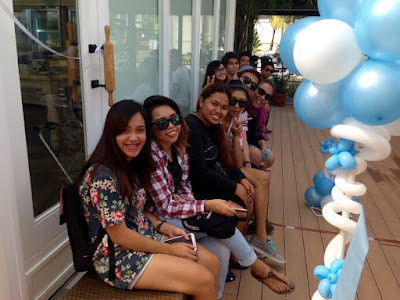 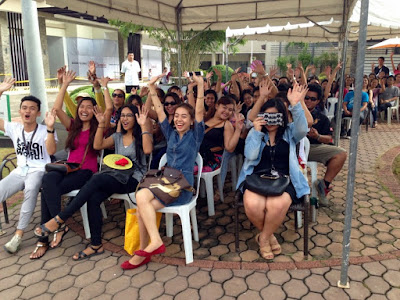 I asked the early birds what time did they arrived at the place.  They told me that they were there since last night. They have camped out as early as 11 P.M. the day before. For the love of cake, they stayed there for the whole night. They were lucky that it did not rain that night.  I admire their dedication and I guess it was all worth it. 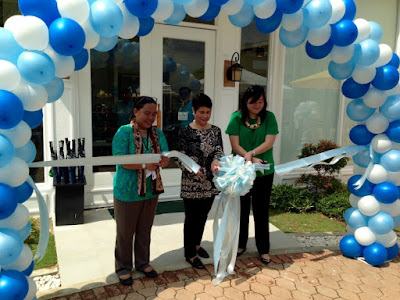 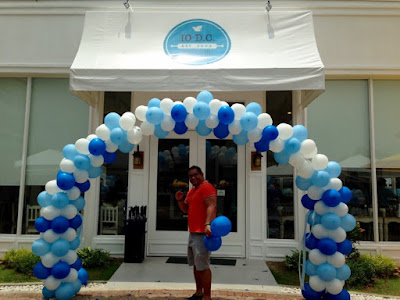 At around 9:30, the ribbon was cut and the place became open to the public. As one of their guest bloggers, I was able to take photos of the store, the cakes, and their other indulgent creations. 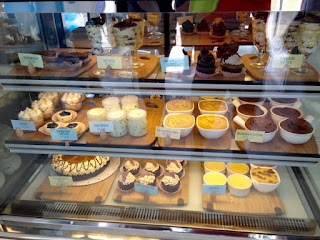 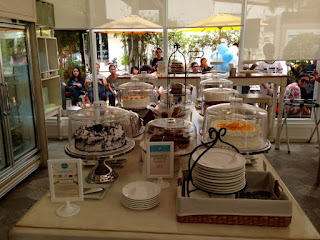 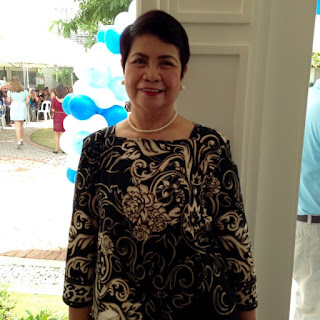 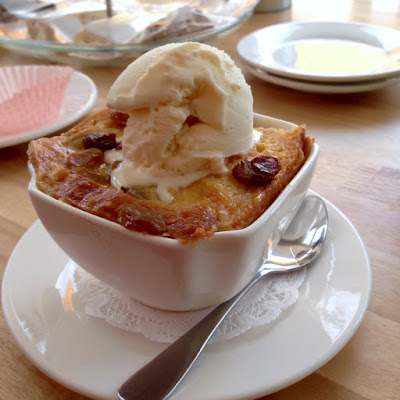 I asked for a suggestion from Mrs.  Marisol Verallo, founder of 10 Dove Street, on what dessert to taste. She said that the brioche pudding is really good so I told the waiter that I would like to have one. The Brioche Pudding was topped with a creamy Vanilla Ice Cream.  The hot pudding with the cold ice cream really works.  The contrast is a joy in the palate.  The pudding was sweet but not overpowering.   The raisins gave it the needed acidity and the creamy ice cream made it a very well balanced and delectable dessert. I was smiling a lot while eating it. I was like a kid discovering ice cream for the first time.  Then sugar high hits and I acted like a naughty kid to my fellow bloggers and keep on teasing them.  I really felt good and happy after eating the Brioche Pudding. 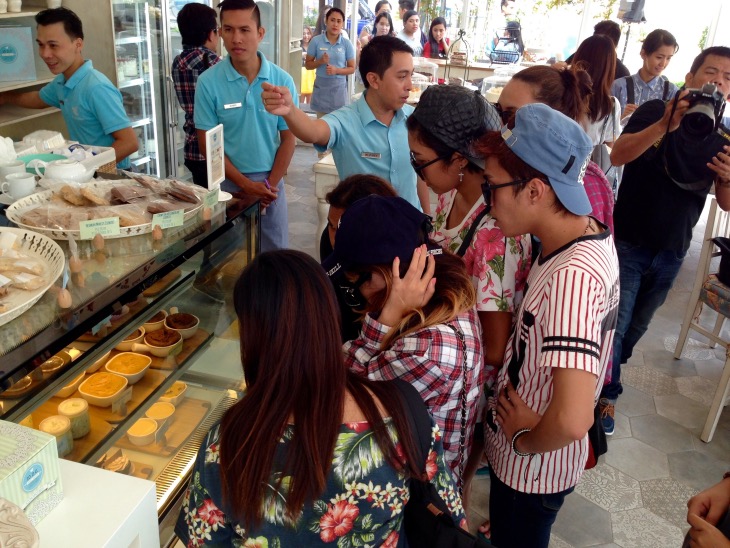 While I was eating my pudding, the lucky customers started trickling in.  Some of them had a hard  time choosing what to buy because of the wide array of choices. 10 Dove Street Confectionery has cakes, cookies, pastries, and desserts. It is like a candy store for grown-up "kids". 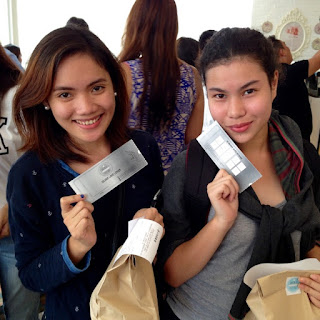 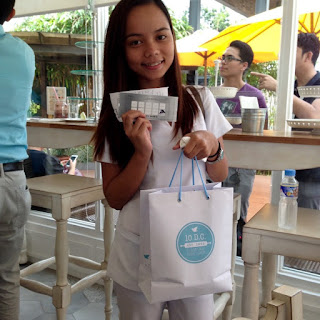 I was able to observe that all the customers were very happy with their early bird rewards. They are able to smile and gamely pose for pictures even they have waited for a few hours to try the place.  Many braved the dreaded A.S. Fortuna traffic in the morning just to have the privilege to have FREE cakes. There were even some of them who that admitted that it was their first time at 10 Dove Street. 10 Dove Street started in 2002 at 10 Dove Street, Sto. Nino Village. They opened a branch last year at Oakridge Business Park.  The 10 D.C. short for 10 Dove Street Confectionery is basically their third outlet. 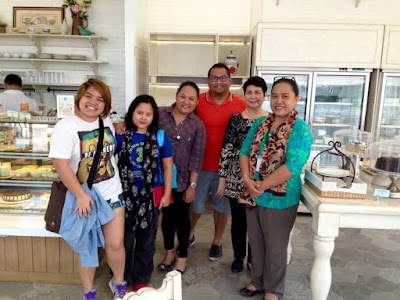 I can say that people will really enjoy this new place. The cakes and desserts are outstanding.  The place is Instagram-worthy. The service team is friendly, dedicated and knowledgable. If you crave for something sweet, do check out 10 Dove Street Confectionery at Oakridge Business Park, A.S. Fortuna Street, Mandaue.