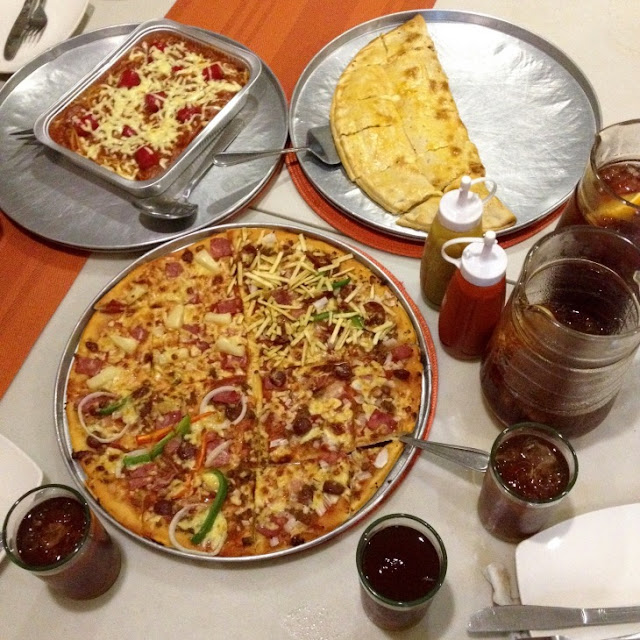 Two weekends ago, my friend Angela Madura was joining her first ever 13K run.  I suggested that a before the race, she should eat a lot of carbs to store lots of glycogen on her body. I told her that one of the best carbo loading meals would be pizza and pasta.  The night before the race, we had dinner at Ryan’s Pizzarelli House.  Eating at a pizza place was indeed a brilliant idea as Angela was able to finish her 13k at a pretty decent pace. 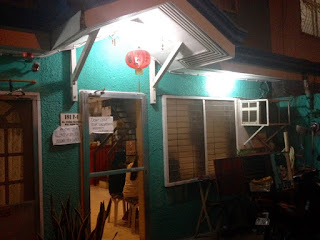 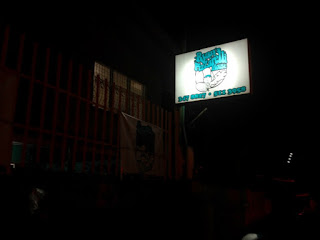 Ryan’s Pizzarelli is one of Cebu's “hidden gems” when it comes to pizza and pasta. It is located in a relatively obscure street  and parking could be a problem in that area. The pizza house is located at Maria Christina Extension, Camputhaw, Cebu City.  It is at the back portion of Sacred Heart School for Girls. It is close to Burgaholic and 21 Dubs Wings. 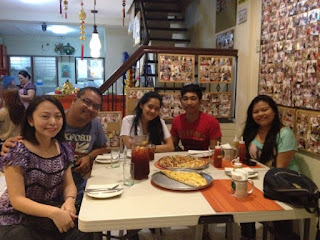 There was 5 of us so we decided to get a  pizza, a calzone, and a pasta dish. I have been to Ryan's Pizzarelli House before and I knew that the meals at this hole-in-the-wall pizza joint are guaranteed to be belly busters.  That was the main reason why I suggested the place to my friend. 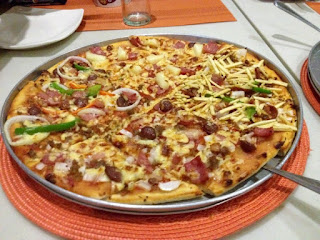 For the pizza, we picked Ryan's Four Seasons.  It was four different flavors in one pizza. This is the perfect pizza for first timers at this place as it allows them to taste 4 flavors in one go.  The four seasons pizza has the following flavors: Ryan's Pizzarelli Special, Harsimran's Special, RJ's Meatlover, and Hawaiian Festival.  The pizza had a good size and the dough was thick which was good for carbohydrate-loading. 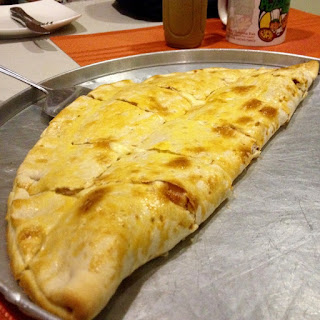 We also had Romantico Calzone that was stuffed with Ham, Beef, Mushrooms, Bell Pepper and Egg. It looked like a giant empanada or a pizza that was folded. I am a fan of calzone, I have been eating it since  I was 12. Ryan's Pizzarelli's version has a delicious pastry and stuffings were well-flavored. Just like pizza, it is a good item for a group. One calzone can be cut to 12 slices. 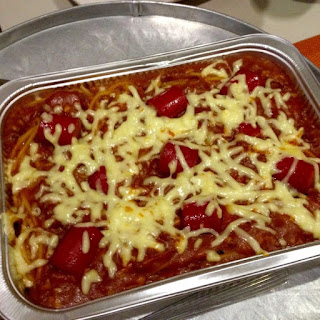 For pasta, we had 1/2 Platter of Rosie's Bakes Spaghetti.  It reminded me a lot of the Filipino-style spaghetti that I grew up eating.   It was basically spaghetti with tomato sauce with beef and hotdog. I think the love for pasta among most Filipinos all started with spaghetti.

The meal was more than enough for the five of us. We went home stuffed and very happy. The next day, Angela was able to finish her 13K in around 1 hour and 45 mins which was pretty good for a first timer. That was an awesome achievement for someone who never ran even a 10k race before. I am very sure that her carbo-loading at Rayn's Pizzarelli House contributed to her success.

How about you? Where is your favorite place for carbo-loading?