The 9 People that you need to make friends with ...ASAP 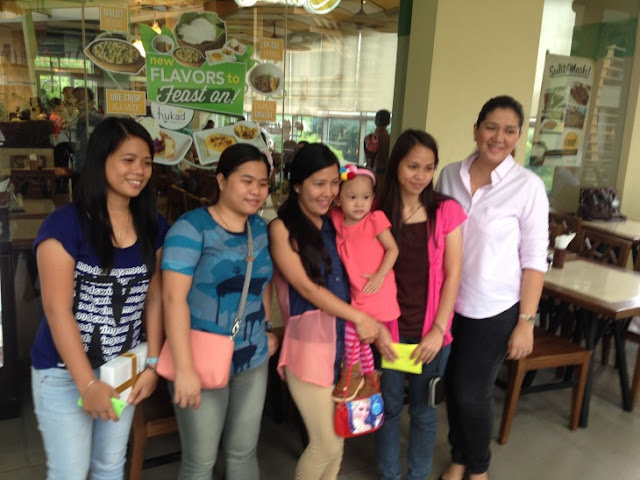 Recently, I discovered 9 people that I should make friends with after attending an event at Hukad sa Golden Cowrie at Ayala Center Cebu.  These 9 people are probably kind, generous, attractive, and friendly.  I am not really certain, but there 2 things in common for all of them. One, they are all winners and two, they are going to have a big feast soon of delicious crispy pata, kinilaw, mongos, bulalo, ngohiong, adobong talong, big bangus, and many other Filipino specialties. Don't you want to be in a big feast? Let's find out who are these lucky 9.

Remember that Golden Cowrie contest that I announced in this blog a couple of weeks ago?  The popular homegrown restaurant chain has awarded the winners of the Kwentong Salu-Salo promotion last Tuesday. The winners came from all over Visayas and Mindanao as Golden Cowries has 22 branches spread in the area. The major winners were give 10,000 pesos worth of gift certificate from Golden Cowrie and Hukad. A grand winner was awarded an Apple Ipad.

9 Winners  of 10,000 pesos worth of Gift Certificates from Golden Cowrie and Hukad: 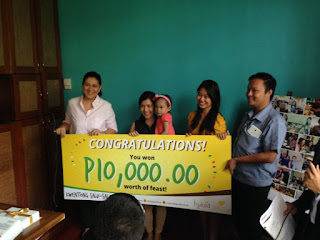 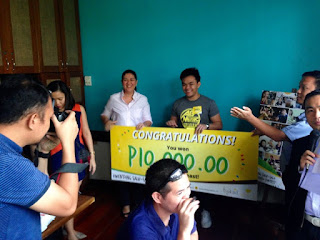 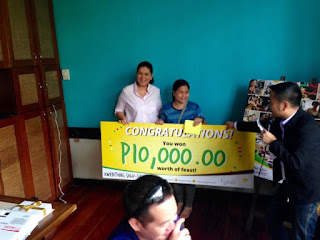 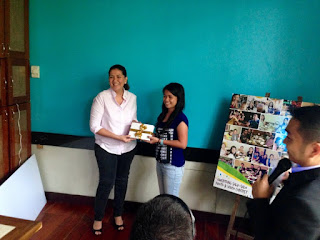 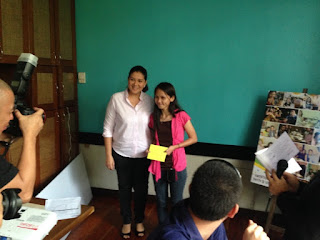 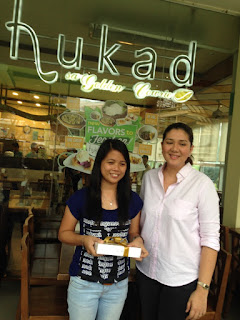 Can you imagine that these people won 10,000 pesos by just sending a picture or video with a short Kwentong Salu-Salo story? It could have been you, right? So, you better watch out for the up and coming promotions of Golden Cowrie and Hukad.

For now, you can look for those 9 lucky winners and try to make friends with them. Better yet, head down and have a feast at Golden Cowrie and start collecting some unique Kwentong Salu-Salo stories that could make you win a gift cheque that is enough feed 50 people in their future promotions.  ;) 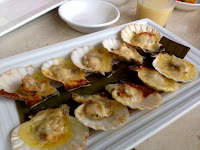 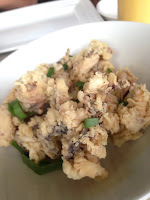 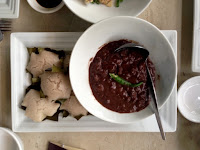 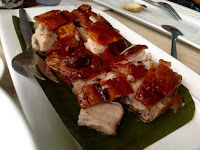 The Cebuano restaurant brand will be opening four new branches this quarter. The SM City Iloilo branch will open at the end of the month. In November, Hukad Pagadian and Hukad SM Seaside will open its doors to customers. In December, Hukad Zamboanga at KCC Mall will begin its operations.
You better watch out also for the reopening of the Salinas Drive branch along with the launch a new exciting restaurant by the one of the pillars of the restaurant scene in Cebu.  For more information and updates, you may check out www.alwaysafeast.ph or like their Facebook page at www.facebook.com/hukadgoldencowrie. #alwaysafeast