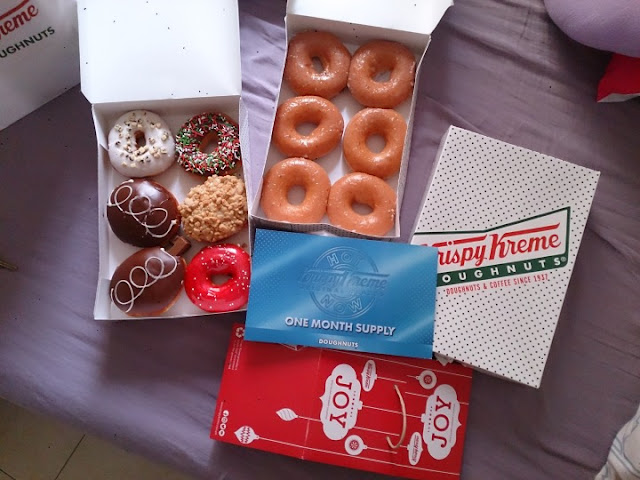 I rarely buy doughnuts for myself.  I "doughnut" get much attracted to sweet stuff but I know a lot of people who loves this sweet dessert. I love buying doughnuts for others especially my wife. Recently, I was invited to cover the opening of the new Krispy Kreme branch at SM Seaside City. It was my last blogging gig for 2015 and I expected it to be an ordinary blogging event. I was wrong because I became an active participant with their opening and I ended up getting 6 free boxes of Original Glazed Krispy Kreme Doughnuts. Not one, not two but an astounding six dozens doughnuts. Good thing, they did not give it all at once. 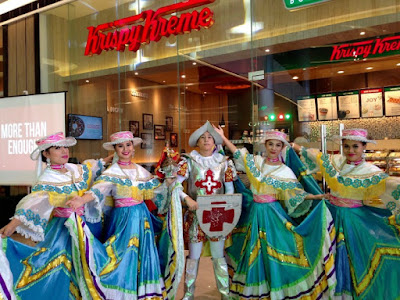 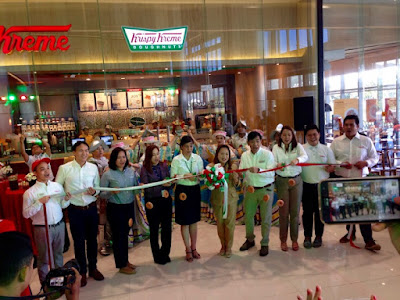 Krispy Kreme Doughnuts at SM Seaside City is the doughnut chain's 4th branch in Cebu and 76th in the Philippines. The doughnut competition has become so stiff in recent years and yet, Krispy Kreme Philippines has managed to open more branches nationwide.  They actually opened their 75th branch in Baguio just a few weeks ago. There was a time that the doughnut market was dominated by Dunkin Donuts (and I still love their Bavarian Creme). Now, the youngsters are more into Krispy Kremes and J Co. Doughnuts.

How I got 6 Free Boxes of Krispy Kreme

The opening was set at 10 AM.  I made sure I was early because it was shopping season and the mall opens at 10. I haven't been to a Krispy Kreme opening.  I only heard tales of people lining up for hours just to get doughnuts. That was the time when the only way that you are going to get Krispy Kreme doughnuts is to go to Manila or beg someone coming from Manila to buy you a box.

When the mall opened, I hurried to the Mountain Wing.  When I arrived at the newly-opened branch there were already over 20 people lining up to buy at the new branch. After a chit chat with fellow bloggers and Krispy Kreme people, I was prodded by Krispy Kreme Philippines Marketing Manager Ariane Valinton to avail of their opening promo. 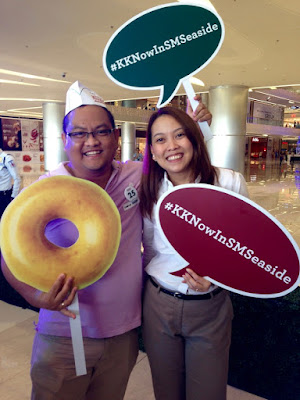 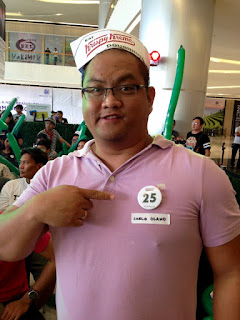 I asked the Krispy Kreme staff about their opening promo and they told me that they are giving away 1-month supply of Original Glazed Doughnuts for the first 100 customers.   If you buy 1 dozen you are given a 1 dozen doughnuts weekly in the next 4 weeks. When I realized that they are giving away 1,300 pesos worth of Free doughnuts, I immediately lined up. I became customer No. 25. 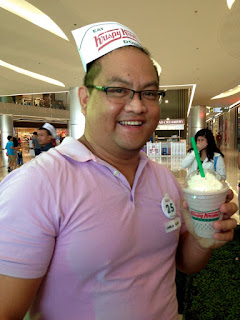 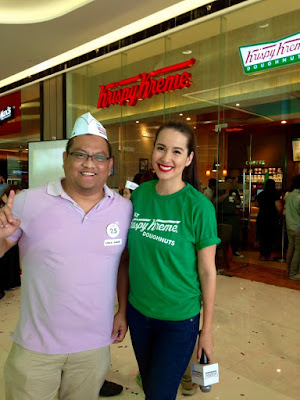 In the end, I spent an early morning going to a newly opened Krispy Kreme and paid 375 pesos to get 84 doughnuts. That's Php 4.46 for each piece. It was definitely worth it.  I consider myself very lucky that day but I am not as lucky the first 3 guys who went to buy doughnuts that day. 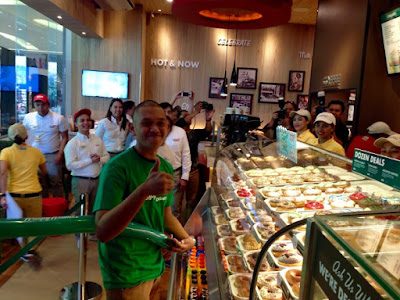 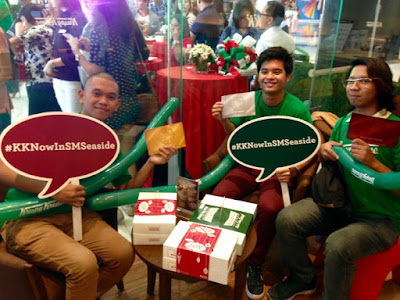 They were 4 guys who lined up as early as 10 PM the night before to get some doughnuts led by Robert James Gemparo . The first 3 were able to get more than a month's worth of doughnuts. The 3rd placer was given 3 months worth of Original Glazed Doughnuts, the 2nd placer was given 6 months supply of doughnuts while Robert James got a year supply of Krispy Kreme Doughnuts.  Let's see how he looks like after 12 months of eating these sweet addictive stuff. ;) 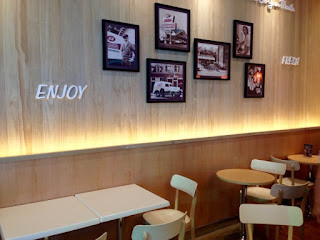 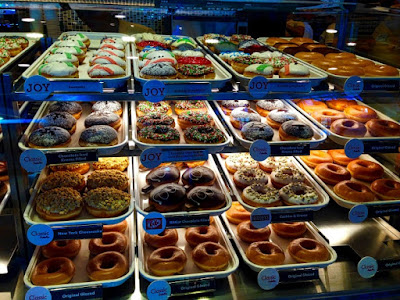 There were a hundred of us who got free doughnuts and most likely you will see me at the SM Seaside City every week. Getting my free Krispy Kreme Original Glazed dozen is one great reason to go to Henry Sy's biggest mall in Cebu.  If you see me bringing a box of doughnuts at SM, just let tell me that you read my blog and I promise to give you at least 1 piece of Krispy Kreme Original Glazed doughnuts. ;)