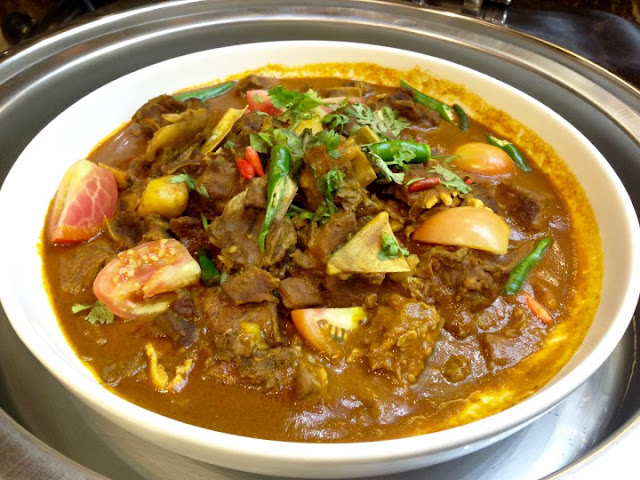 I was recently invited to Golden Prince Hotel to check out their special Mystical Eastern Buffet that will be served only this week. Since their Taste of Heaven Buffet is one of my favorite buffets in the city, I made sure that I was able to make it on their first day.  I even brought along my video partner Emjae Argallon of emjaefotos.com and Chicken Pork Adobo network colleague Kiddie. The Mystical Eastern Buffet at Le Mon Restaurant at Golden Prince Hotel is definitely unique and highly recommended if you want to introduce your palate to Middle-Eastern, Meditteranean, South-East Asian, and Indian Cuisines. 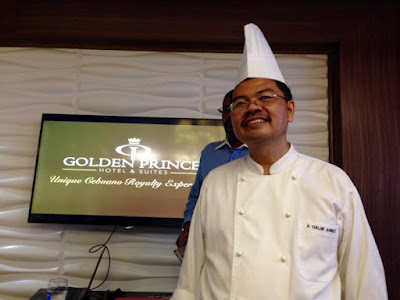 Chef Halim Ahmad was the guest chef for the Mystical Eastern Buffet.  According to Aaron Que, Golden Prince's VP for Corporate Communications, the special buffet is just a start as the hotel will take its patrons to a "World Culinary Journey" in the coming months.  Next month, Le Mon Restaurant will feature some of the best dishes Down Under while bringing an experienced Australian Chef.

The Mystical Eastern Buffet featured dishes that were really full of flavor.  As expected, it was spicier than the local cuisine, but somehow the chef was holding back with the heat which was just right for me.

My favorite for the brunch buffet would be the mutton curry. It is a cousin of our goat caldereta. It was tender, tasty, and diet-busting when paired with the fragrant basmati rice. I probably had at least 2 platefuls of that combination.  For the food stations, they have one for mee and nasi goreng (fried noodles/ fried rice), roti john, and laksa. I did not get the laksa because I had their Soto Ayam (spicy chicken soup) for soup.  It had a refreshing aroma.  I loved the kick it gave that opened up my palate.

The buffet did not have a pork dish which was really expected. If you are looking for pork, you better check out other restaurants in the area.  The Mystical Eastern Buffet had Tandoori Chicken, Chicken and Fish Tikka, and a host of delicious vegetarian dishes like Aloo Gobi and Raita. 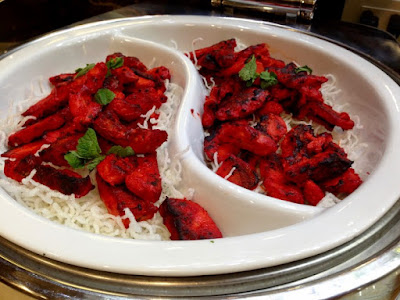 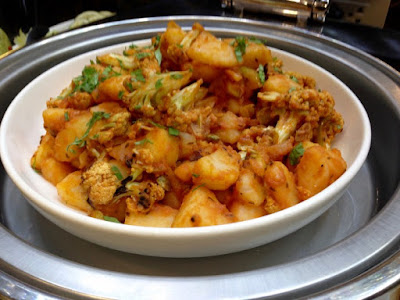 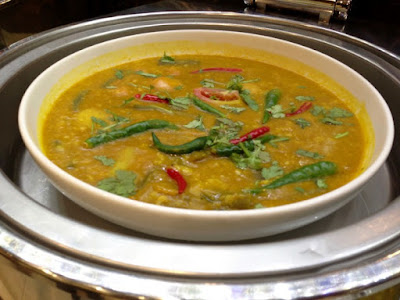 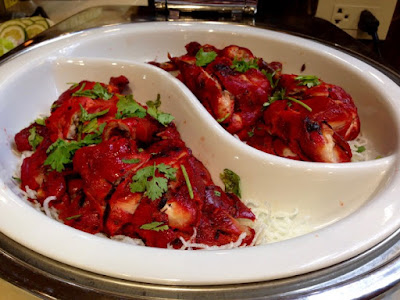 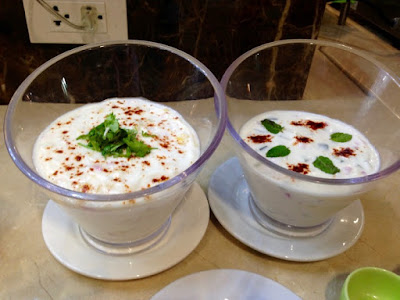 All in all, the brunch buffet that I had was really filling. It reintroduced my tongue to a lot of unfamiliar tastes and aromas, which would take some time to get used to. This cuisine was a bit familiar to me because I enjoy eating at Indian or Persian restaurants.  It was a bit overwhelming though to have these dishes in a buffet setting. I decided to stick to my early favorites like the mutton curry and mee goreng and not try to binge on everything.  It worked and I really had a pretty awesome meal. To cleanse my palate I asked for their halo-halo, which really helped in balancing everything.  I really recommend that you cap your meal with some sweet and cold halo-halo.

If you love spicy food and Indian/Meditteranean/Southeast Asian cuisine, the Mystical Eastern Buffet at Golden Prince Hotel is perfect for you. The buffet is available for brunch and dinner on March 14-20, 2016.  The brunch buffet is at 388 and dinner buffet is at 588.