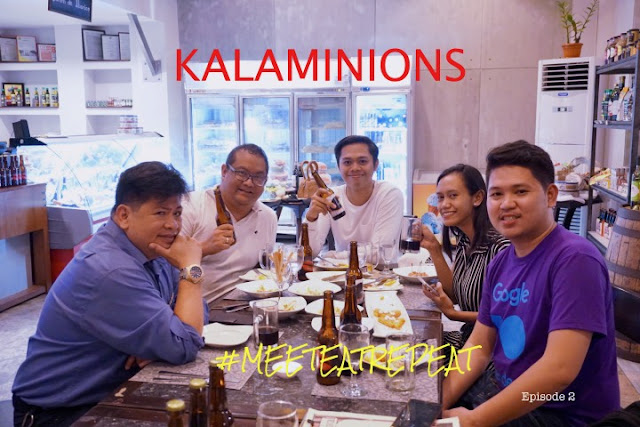 I like drinking beer. San Mig Lite, Red Horse, and Pale Pilsen are the typical beers that I drink.  I have tried foreign brands and craft beers as well.  Recently, I was able to try the new beer line-up offered by Michel's Bistro and I would say that they have beers that any beer lover should try.

Michel's Bistro is located in A.S. Fortuna, Mandaue City.  From the outside the restaurant looks pretty expensive. Michel's Bistro has sleek interiors and it gives out an upscale vibe. Looking around, I even felt that this place could even be a good date place.  The second floor is intimate while the ground floor is suitable for barkadas. 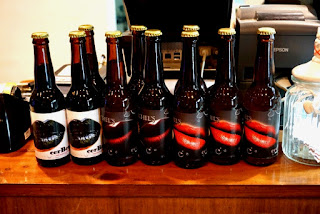 How did I end up at Michel's Bistro? Well, I was invited to taste and check Michel's House Brew called Cerbeso through +Jiggy Jr. of Y101. I took some of Kalaminion buddies and fellow #hibsters to drink beer with me since I really do not like the idea of drinking beer alone.  Joining me were +Romeo Nicolas Bonsocan, +Rea Alducente , and +Ramzy Magbitang.  We were hosted by Michel's very own Mr. Will Belda.

We were able to taste the 3 variants of Cerbeso has 3 variants: dia, tarde, and noche.  Dia is the lightest among the 3.  This brew is their version of San Mig Light. The Dia is low in alcohol, it was easy to drink, and great with some citrus.  The tarde is their version of the Super Dry. It is crisp with moderate levels of alcohol and it has strong hints of coriander.  The noche is the strongest among the 3.  It has the highest alcohol level.  It has a dark color and it is most flavorful among the 3 variants.  I think women would love the noche but they have to drink moderately because its alcohol level is pretty high.  Rea and Romeo loved the dia while Ramzy was infatuated with the noche. I enjoyed noche the most as well.

The drinks went so well with the beer mates or "pulutan" that they served us. We feasted on nachos, hash browns, and sausages. One thing, I like about Michel's Bistro is that their prices were surprisingly lower than I imagined. 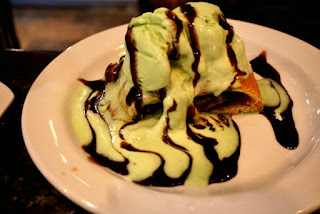 We downed several bottles of beer and we capped our Saturday Night out with some Apple Strudel topped with ice cream from FIC. We had an awesome time there and the group is planning to go back to Michel's Bistro to drink some beer and avail of their amazing 50% promo on food every afternoon.

If you are looking for a good place to dine and chill in the Mandaue/Banilad area, you better head down Michel's Bistro. 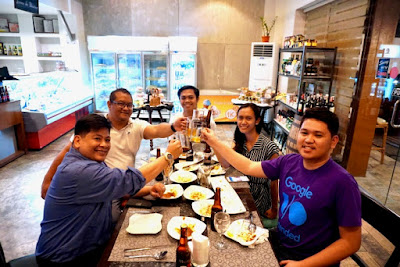 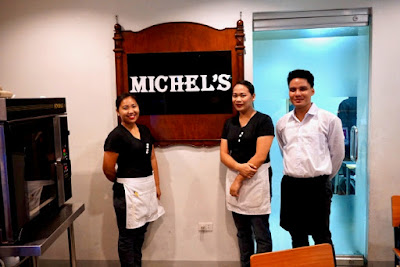 Special thanks to Sir Will and the cool staff of Michel's

Kalaminions #MeetEatRepeat is a weekly feature here at Kalami Cebu that will highlight the best restaurant and dining options in Cebu or other islands in the Philippines.  It will also feature bloggers and foodies who are loyal "Kalaminions".  If you want your restaurant to be our next destination hit me up with an email at calolano911@gmail.com or send a PM on our Facebook page.