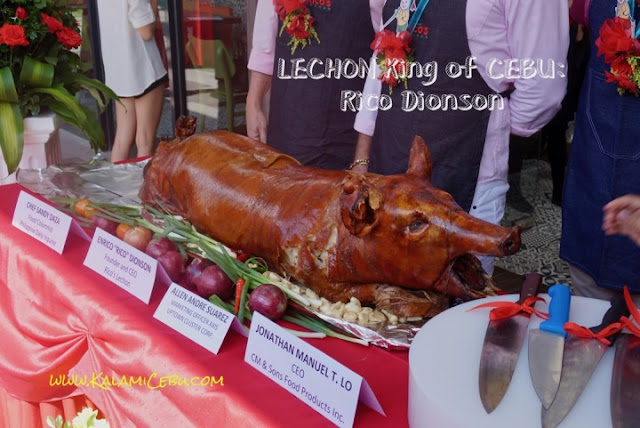 There are many amazing lechon brands in Cebu but I cannot find an owner as active and visible as Enrico "Rico" V. Dionson of Rico's Lechon.   The "masiador" turned lechon magnate has steered his lechon business into one of the most recognizable food brands in Cebu.  Rico's Lechon is set to dominate Cebu's vibrant lechon market in the years to come. 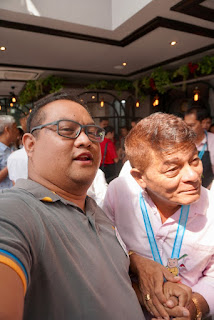 When I was growing up, I never heard of Rico's Lechon.  In the early 90's, my family would probably get lechon from Alejo's, Cang's, or Villalonga.   Well, in those times Rico Dionson was still a Kristo or Masiador in the cockpit.  I have a dad who loves to go to the cockpit on Sundays and I know that a Kristo's job is pretty tough.

A Kristo is a guy who shouts for someone to look for someone who bets against him. They are the ones shouting jargons like "10-7" or "inilog".  They make money if the boss wins the bet.   Well, Cebu's Lechon King started that way.  Then he realized that being a masiador will not be enough to support a growing family.  So, he had a brilliant idea. One day, he just decided to become a lechonero.

Even if he did not have the experience, he just thought that the idea of being a lechon maker would work.  Since he had a lot of rich connections from the cockpit, he believed he would not run out of clients.  It also helps that his mother in law was connected to a big TV Network.  The idea was great but it did not start very well.

His first client was a guy in the cockpit and he gave him a very salty roasted pig. The guy said that with just a few pinches of salt and the pig would have tasted like the sea.  The next day, he gave the client another lechon but this time it was too bland.  He did not give up.  After several tries, he finally found his secret formula.  Rico's resilience and confidence are what started the legend of Rico's Lechon. 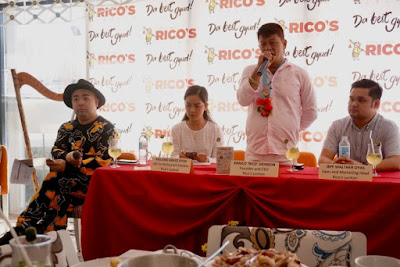 In 1998, Rico Dionson was juggling two jobs.  He was still a masiador and also a budding lechon maker.  He goes to the cockpit bringing calling cards and telling the rich sabongeros about his lechon venture.

On that year, the Philippines elected Joseph "Erap" Estrada as president. One of Rico's favorite patrons was a close friend of the president.  One day, he asked Rico to send 3 lechons to his house so that President Erap can taste it.  At first, he was a bit disappointed when he saw that his friend also ordered lechon from other suppliers. In a way, he felt a bit betrayed because he thought the guy only buys lechon from him.

The next day, his friend called him up and told him that President Erap thought that his lechon is the best.  His elation turned into fear when his friend told him to pack his bags and bring 50 pigs to Malacanang Palace.  The humble Cebuano lechonero was going to the capital to cook for the head of state.  After buying all the pigs in Mandaue, he went to Malacanang and served Rico's Lechon to the president and his friends.

Ever since then, the president only gets lechon from Rico.  Rico Dionson is always proud to say that he is the first and probably the only lechon maker who had an opportunity to cook for a president. For him, Erap is one the best lechon eaters.  He intimated that the ex-President can finish a whole lechon all by himself. 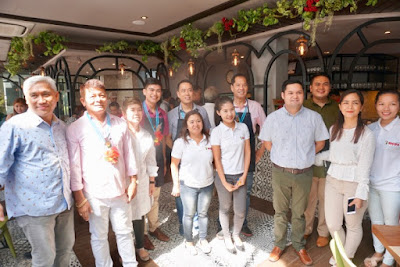 Rico's Lechon as a brand

When Rico's Lechon emerged, my favorite is definitely their spicy lechon.  I think that they are the ones who started that trend and many brands followed by introducing their own spicy lechon variant.
In the last couple of years, Rico's Lechon has been one of the favorites of tourists.  Many travelers flock to Rico's Lechon just to buy some roast pig that they will take to their part of the world. I lived just 5 minutes from their Mabolo branch and I always see a lot of people buying lechon for take-out. 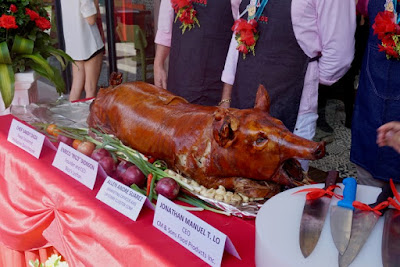 The trend of having fine-dining restaurants built around lechon continued.  It prompted Rico's to finally join the fray early this year with the opening of its branch in Mactan.  The restaurant has helped elevate Rico's  Lechon's brand status.  Rico's also moved their Mabolo branch to a bigger spot in the same complex.  I still see Boss Rico often when I eat at the Mabolo branch.

Boss Rico Dionson is very hands-on and he gets involve in the day to day operations of his restaurant group.  He serves as a waiter and he loves cracking up jokes with the customers.  Rico's Lechon biggest brand ambassador is definitely its founder. 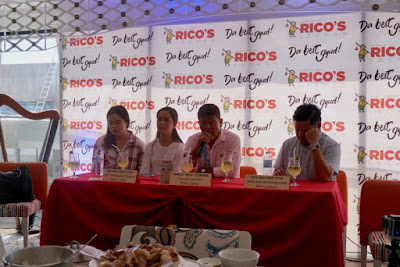 Rico's Lechon as a Family Business

The rapid expansion of Rico's Lechon would not have been possible without the help of the Dionson family.  Rico Dionson's daughters and in-laws are very involved in the operations.   The daughters of Rico has been instrumental in the rise of the brand in the age of social media.

Rico's tagline of #DaBestGyud has been well received by the public.   Among the lechon brands, Rico's Lechon has probably the best social media campaign.  The hashtag is perfect for the company and it is the type of phrase that Rico Dionson would say to his friends about his lechon. 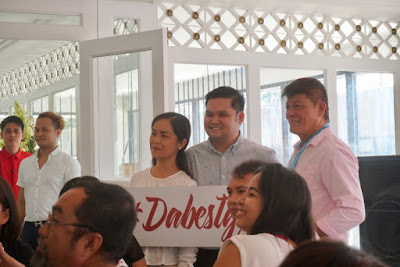 The Rico's daughters Susan Claire and Melanie are directly involved with the company as well as their husbands Renz and Jeff.  2016 was a great year for the company as they opened new branches and upgraded their commissary.  This year, Rico's Lechon has also become pretty popular with hotels as the company supplies lechon to several hotel buffets like in Castle Peak and St. Mark Hotel.

Due to its popularity, I would definitely say that Rico Dionson is Cebu's Lechon King and his family as Lechon royalty. 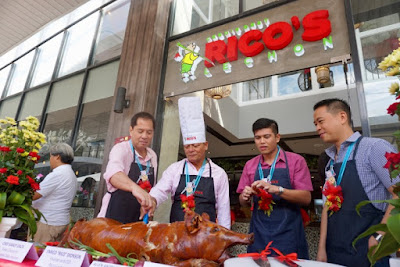 Rico's Lechon recently opened its new branch at Axis Entertainment Avenue. The new restaurant has a menu that features lechon and other dishes that compliment the Cebuano specialty.  Rico's Lechon - Axis will also serve as an ordering station for lechon.  The branch opens 8 am for lechon orders and the restaurant will start serving diners at 10 am. 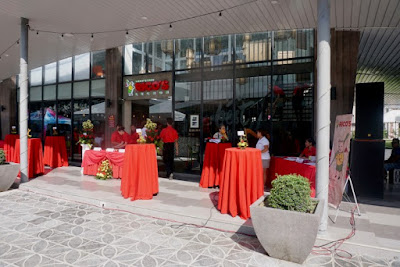 Rico Dionson advises Cebuanos to order as early as possible during the holiday season.  He wants everyone to enjoy some lechon in the Noche Buena table and his workers are working 24/7 this month in order to meet the orders from Cebu and other places. 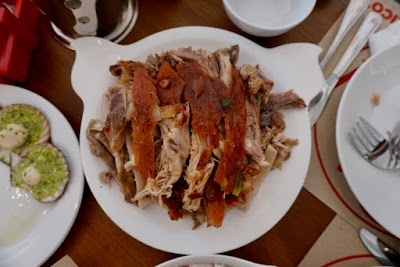 Rico's Favorite part of the Lechon

For Boss Rico, the best part is the abaga or shoulder area. He recommends that part because the juices flow to that area and it is very meaty.  Since the shoulders do not contain bones unlike the ribs, it is also one of the most economical parts of the lechon if you buy it by the kilo.

I really learned a lot talking to the King Lechon Cebu and I am pretty inspired about his story.  Who would have thought that #DaBestGyud lechon is related to fighting cocks.  The possibilities in life are endless and it is never too late to start something.  Opportunities in life are just like your favorite part of the lechon, you will never go wrong as long as you eat it fresh and hot of the lechon pit.

How about you? What is your favorite part of lechon?  I will reveal mine on my next post. ;)