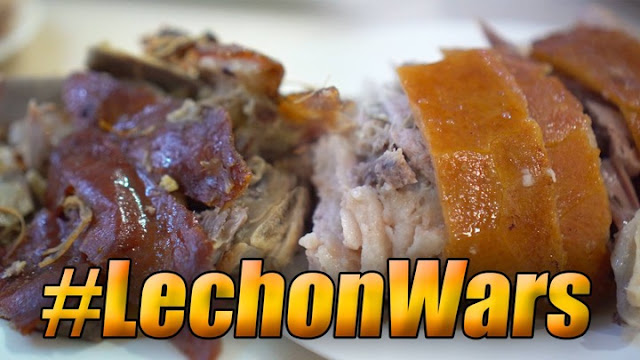 Kalami Cebu Food Wars #LechonWars debuted last week and the first match-up ended in a rout as Rico's Lechon handily beat Zubuchon, 10-3.  Many Cebuano foodies in social media said it was going to be a mismatch and they were right.   Most tasters preferred the saltier flavor of Rico's Lechon while Zubuchon got some points from their skin and the meat quality.  Check out our video for what transpired in this episode.

When it comes to food, Lechon is synonymous to Cebu.  Cebuanos love their lechon and when an ABS-CBN article came out about a "Cebu Favorite" was coming to Manila, a lot of Cebuanos made their opinion known in social media. So, we decided to do a run and gun taste test between 2 lechon restaurant brands. 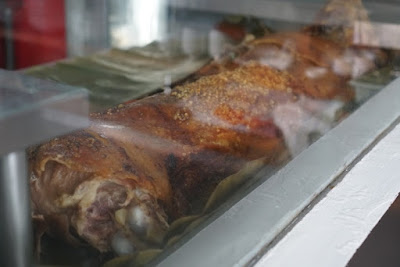 Because the controversial article was talking about this particular lechon restaurant, Zubuchon is the default contender No.1.   This brand is relatively young but they somehow revolutionized the industry. From just a Sunday Lechon stall at the Banilad Town Center, they have opened several Lechon restaurants in the city.  They are the first lechon brand that opened air-conditioned restaurants that feature lechon along with some lechon-inspired Filipino dishes.

Zubuchon's biggest endorsement was from world famous chef Anthony Bourdain who declared it as the best pig ever.  Zubuchon's owner has tweaked the way local's normally cook lechon.  They do not use MSG and the pigs are backyard raised. They also put coconut water on the skin before it gets cooked.  Their restaurants are doing well enough that they can afford to open a branch in Manila. 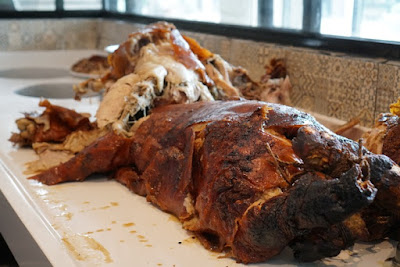 Because of the close proximity of their Escario branches, we decided to pit Rico's Lechon against Zubuchon. Rico's Lechon recently opened a branch at the Axis in Vibo Place Escario which is just walk-distance from Zubuchon's Escario Central branch. Rico's Lechon entered the restaurant business two years ago and they have become on the most popular lechon restaurants in Cebu.  Their branches in Axis and Mactan Promenade are two of the most good-looking places to eat lechon.

Rico's is famous for their Spicy Lechon.  They are the favorite lechon brand of Former President and now Manila Mayor Joseph Estrada. Their lechon is more of the traditional Cebuano lechon.  It has reddish skin and they use a lot of salt to season the pork. How will their original lechon fare against Zubuchon? 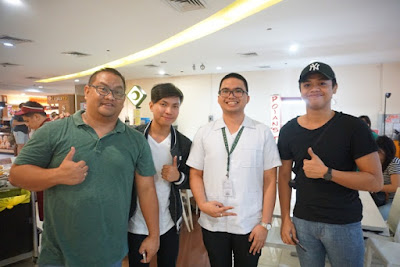 We bought a kilo each from Zubuchon and Rico's Lechon.  We then decided to head to Robinson's Place to ask the lunch crowd there about their lechon preference.

Most of the people find Rico's Lechon tastier than Zubuchon.  They also love the color of the skin of Rico's.  Some of the "judges" loved the skin of Zubuchon but it was not enough to pick it over Rico's.  In the end, the score was 10-3 in favor of Rico's Lechon.

It was a run and gun fight but only few can dispute the that most locals would prefer the saltier lechon.  It is the flavor that we have grown up eating and loving in Cebu.  It is one of the reasons why Cebuanos never use a sauce for their lechon.  Zubuchon, of course, has its own merits but if it is just about flavor Rico's Lechon can easily beat them if we ask an ordinary Cebuano.

Have you tried both lechon brands?  Let us know what are your thoughts about this lechon Cebu match up.  We will also be featuring other lechon brands soon.  Hit us up with your comment on who should face off in the next #LechonWar episode.