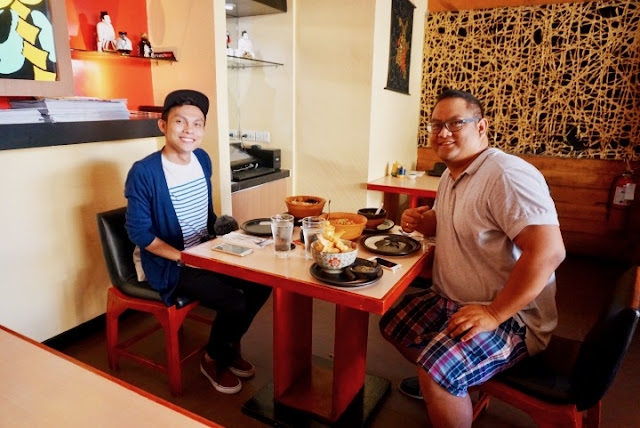 A year ago I have been introduced to a different kind of social media animals called Youtubers or Vloggers. I have been blogging for quite a while but I rarely encountered Youtubers in Cebu in events that I have attended.  Thanks to ABS-CBN's Chicken Pork Adobo (now Adobers Studios), I have met some of the best Youtubers in the region.  One of the best is definitely Jomie Hospital of Gingoog. He relocated to Cebu recently and I am one first people who shared a meal with the newest Cebu-based YouTube sensation. 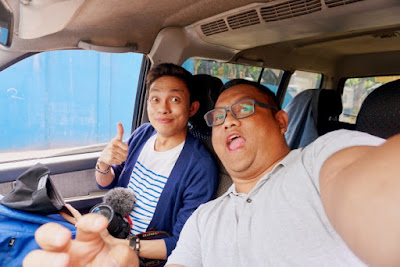 Jomie aka Belinda moved to Cebu last month.  I drove him around and ate with him on his first ever meal after relocating to Cebu.  Well, if you do not know how big Jomie Hospital here in our region well, here some facts about him.  Jomie Hospital has around 59,000 subscribers on YouTube and he has over 500,000 likers on his FaceBook page.  He is known for his Cebuano comedic skits.  Among my favorite skits are "Ang Imong Mama!" and "Mga Klase sa Bayot!".

I really believe that he can succeed here in Cebu and he can also help inspire the local content creators.   I think all bloggers, vloggers, and other content creators can learn a lot from him.  He has been doing a lot of collaborations with Cebuano Youtubers and I have even appeared on some of his videos. 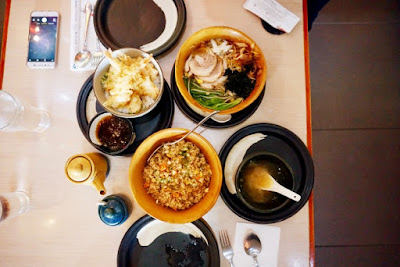 The first thing Jomie did when he first came here last month was to buy a new cam at Macy's.  We finished his gear shopping at around 2 pm and we were so hungry.  He told me that he also needed to buy some things in Ayala so we went there.  Luckily, I still had a Sumo Sam coupon from Zomato and I told him we can eat there.  Here is what we ordered: 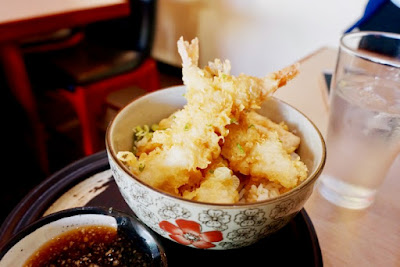 I ordered Tendon since I love Tempura.  Tendon is short for Tempura Donburi. Basically, it is rice that is topped with ebi tempura. I always order a donburi (rice bowl) when I am in a Japanese restaurant and I want a quick fix.  Sometimes, it is so hard to order in a Japanese restaurant because their menu is usually very long and it is filled with hard to pronounce dishes. 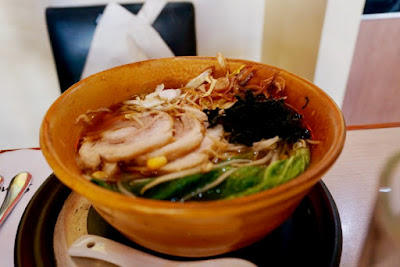 I did not know that Jomie Hospital loves Ramen.  He ordered a bowl of Ramen and the servings here at Sumo Sam were quite humongous.  When the Ramen was served, I already knew that Jomie will not be able to finish it.  He actually ended up sharing some with me. 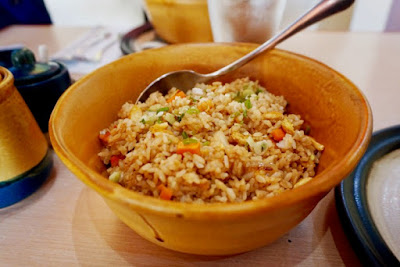 I was really surprised that my Youtube sensation buddy ordered some Japanese Fried rice. I thought he was really that hungry.  The fried rice was good on its own but it was just so hard to finish it especially if you order a ramen and a donburi with it.

In the end, we both ended up very full and we did not finish the chahan.  The servings at Sumo Sam were for sharing and the prices were reasonable.  Jomie was really surprised with their serving sizes and prices.

This is my first Cebu Food Trip with Jomie Hospital. Expect him to appear here at Kalami Cebu regularly since we normally end up at a restaurant when we hang out or do a shoot. If you have not subscribed to Jomie Hospital then click this link: https://www.youtube.com/user/PoweredByJomie.

While at it please also subscribe to Kalami Cebu's Youtube Channel: http://bit.ly/KalamiCebu.  Thanks for reading and hit us up with your comments and suggestions for future blog posts or vlog episodes.