In Day 2 of my Surigao escapade, I visited some of the islands under Surigao City. The first one was Hikdop Island which had two popular tourist destinations.  The first one is the Buenavista Cave and the second one is the Pagkawasan Beach.  After our adventures at Hikdop Island, our Suroy sa Surigao tour took us to Basul Island before going back to the mainland. 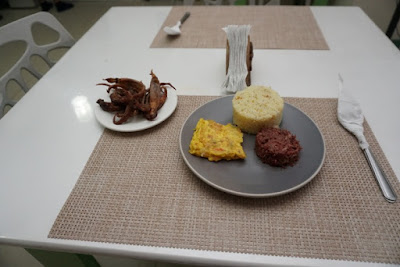 I was really excited for Day 2 of the Suroy sa Surigao because it involved island-hopping which is my favorite things to do every summer. I woke up early and had an early breakfast at Le Chard Place Bed and Breakfast.  For breakfast, I had some corned beef, egg, and dried squid. I ate a lot because I knew that I need a lot of energy for that day.

It was raining so hard outside and I did not check my messages.  I actually got a text that our Day 2 activities were suspended due to the rains.  I headed back to my room and I stayed on the bed waiting for the next text from the Surigao City Tourism office.  At 9 AM, our trip pushed through. 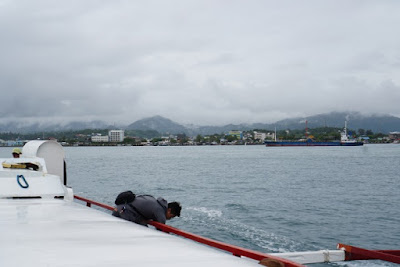 We went to the port and boarded our boat to Hikdop Island which is 30 minutes from the mainland.  The sea was a bit rough but it was not that bad.  We arrived at Barangay Buenavista in Hikdop and we were greeted by their friendly residents led by their barangay captain. 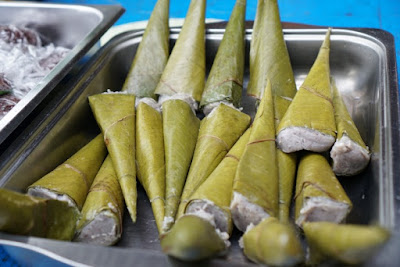 The first thing we did was to eat our snacks.  We were offered budbud, sayongsong, biko, and empanada along with some fresh buko juice. Afterward, we had a briefing on caving.  We then headed to Buenavista Cave. 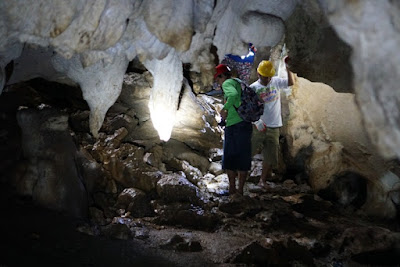 I have never been to a big cave before except in Hinagdanan in Bohol but this is different.  We climbed a hill for a few minutes before we reach the mouth of the cave.  I was grasping for air already but it was not really that hard.   We spend around 1 hour exploring the cave. It was pretty deep. I saw bats, snakes, crabs, and lizards.  There were several interesting rock formations.  The floor is a bit slippery and I would really suggest to you wear shoes that are appropriate for the terrain should you ever go here. 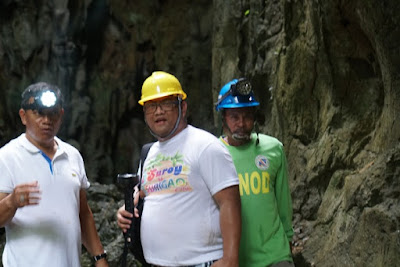 The activity was fun.  It was a bit tiring but I think an average person can easily complete the cave exploration. It will cost you around 300 pesos for this activity that includes boat fare, gears, and guide fees. 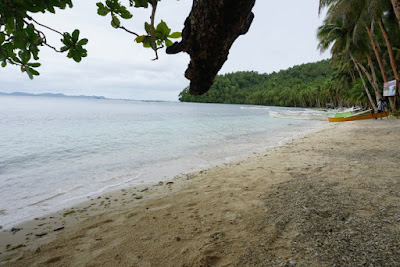 After exploring the cave, we rode a bangka to the nearby Pagkawasan Beach which belongs to the same barangay. It took us less than 10 minutes to reach the beach. 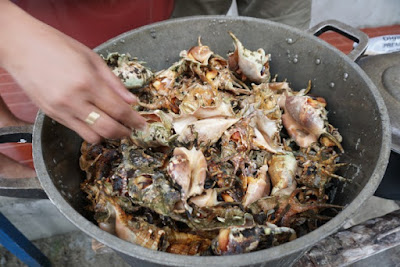 For lunch, we were served a feast.  One of the first food items that we were eating was the saang or spider shells. This is fairly common in the islands but it was a "foreign" dish for the Manila peeps. It was unli-saang all afternoon and I think I ate more than 10 pieces including the delicious adobong saang. 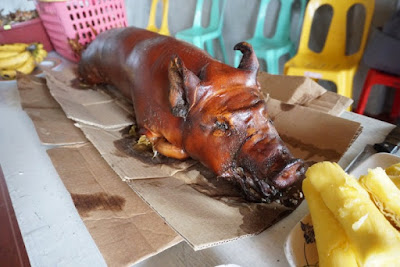 We also had lechon, root crops, escabeche, and kinilaw.  Food really tastes doubly delicious when eaten by the beach.  When we got full, we decided to take a dip at the beach. After spending an hour swimming, we were that we are off to our next destination. 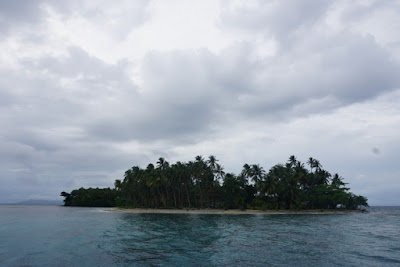 If the original schedule were to be followed, our fist island of the day would have been Basul Island. Due to the bad weather, we went directly to Hikdop. When we arrived at Basul in the afternoon, there were no people there. There were like a dozen dogs lying around the beach and the cottages.  The city tourism office did not want us to disembark because the dogs might bite us. We just took pictures of the island and headed back to Surigao City. 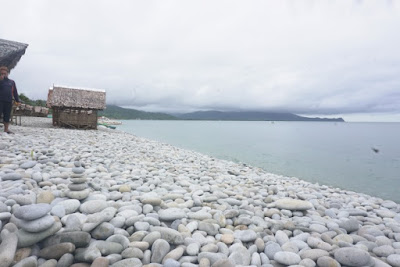 In Day 1, we were supposed to have dinner by the beach at Mt. Bagarabon Resort. But since we arrived late, we had dinner inside the hotel instead. So on Day 2, we visited the pebble beach there.  I wanted to take a dip again because it was so tempting. Our guides that many people go there in the afternoon to watch the Sunset. 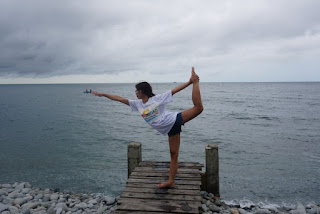 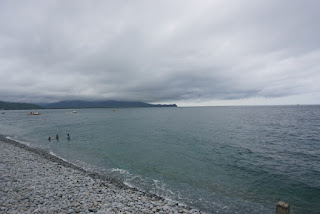 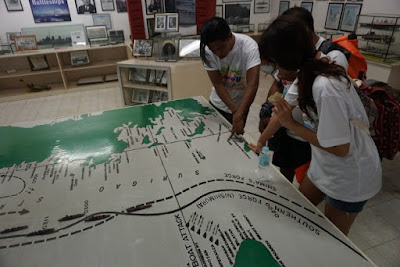 The Battle of Surigao Strait was one of the most important sea battles in World War 2.  It had a major impact in turning the tide of the war.  The Japanese lost 7 good ships that were outnumbered by the combined fleet American and Australian forces.  At the museum, you can a lot of memorabilia and scale models of the ships and planes involved in that WW2 event. 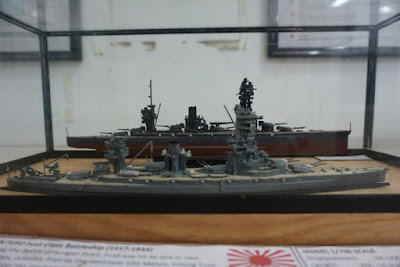 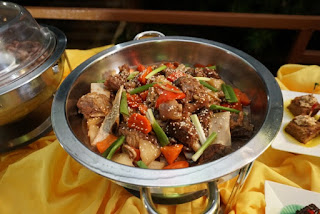 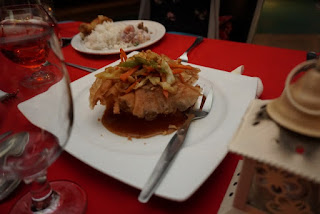 After sightseeing at Mabua and the quick visit to the city, we were brought to our respective hotels to change for dinner.  We had dinner at Almont Resort.  It was a rainy night and I really enjoyed the meal at Bluewaters Maribago's sister hotel especially Galbichim.

Day 2 was eventful and I was really forward to what was in store for Day 3.

The Suroy Surigao Trip was sponsored by the City of Surigao through Surigao City Tourism Office.