When I have friends and relatives from out of town who come to Cebu, they usually ask me where to eat the best lechon.  I have my personal favorites but there are just so many good lechoneros in Cebu.  Dondi and Corinne Joseph of D+B Wines had a couple of visitors from Manila and instead of just taking them to their favorite lechon place, they decided to give them some choices.  Actually, a lot of choices.  They invited some other friends to a lechon and wine dinner and this is what happened. 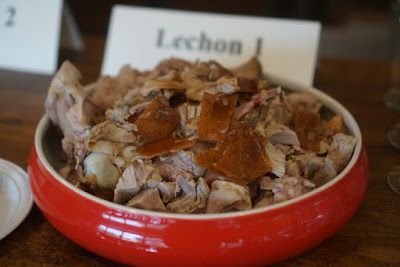 As Cebuanos, we are really proud of our lechon.  Personally, I can say that there are so many good lechon places in Cebu that it is hard to go wrong.  In our lechon blind taste test at D+B Wine Shop,  all the guests did not know where all 5 lechons came from.  Only Corrine Joseph knew and after living for decades in Cebu, she knows what to pick. 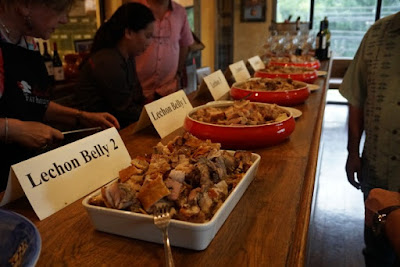 There were 3 traditional lechons (regular flavor) and 2 lechon bellies.  Roasted Lechon Belly has become very popular in recent years and many actually prefer it over traditional lechon because it has no bones and the belly part is a favorite among a handful of lechon lovers. 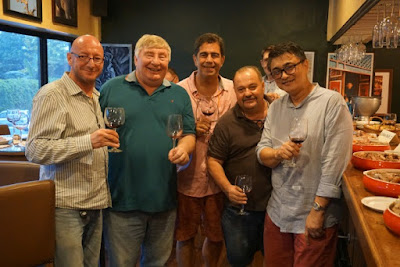 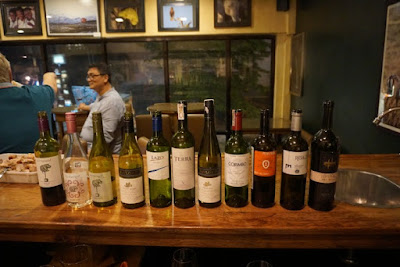 The tasters included some visitors from Manila, foreign tourists, Cebu-based foreign chefs, ex-pats, and locals.  The activity was just for fun and it was an amazing exercise of trying to determine the best lechon.  Each one has their own insight on what a perfect lechon should taste like.  It helped that the guests were drinking the delicious wines from D+B Wines as it became so lively in the latter part of the "judging". 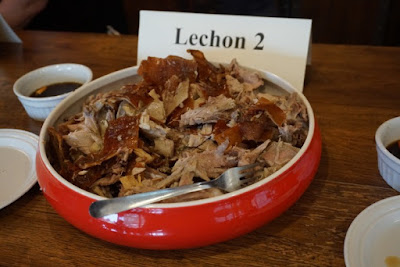 In the end, a lot of people picked lechon No.2 while the lechon belly battle was too close to call.  Watch the video to find out which lechon was the favorite on that particular evening.

I also liked Lechon No.2.  It was garlicky and not too salty.  It was hard though to really give the lechon a fair evaluation since I ate different parts of the lechon.  When I found out who lechon No.2 was, I was not too surprised.  A lot of people really love that brand.

I was more surprised to find out that some wines really worked well with Lechon Cebu.  One good pairing was with the Pena Roble from Ribera del Duero.  The young Spanish red was a magnificent pairing to the lechon.  I would probably buy a bottle or two for my birthday.

Bigger #LechonWars in the works 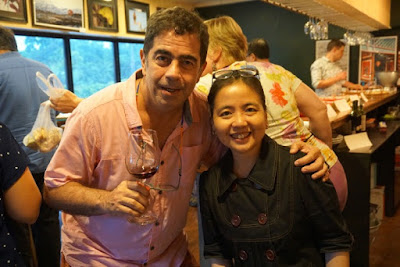 D+B Wines along with Circa 1900 is planning to organize a grand lechon war that will pit the best lechons in Cebu.   There will be representatives from the towns like Talisay and Carcar.  The aim of the event is to celebrate Lechon Cebu and make it known to the world that this tiny island in the Philippines makes the best roast pig in the world.

If you want to be part of that grand lechon festival, just follow this blog because I will be posting more details about it soon. 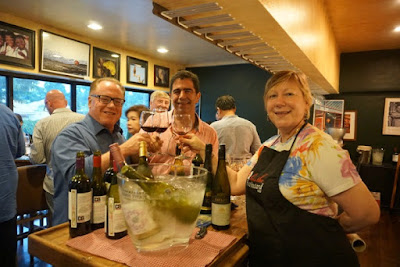 If you have any nominees for the #LechonWars, feel free to write a comment.  I hope to see you then!