November 27, 2017
In the past year, I have been spending a lot of time in hotels and restaurants.   One thing I noticed is that there are only a few hotels that put local food front and center.  The first time that a hotel became my resource for local cuisine was last year when I stayed at Hotel Salcedo in Vigan where I got educated on Ilocano Cuisine.  In Cebu, the hotel that could really teach tourists about local food is Cebu Parklane International Hotel. 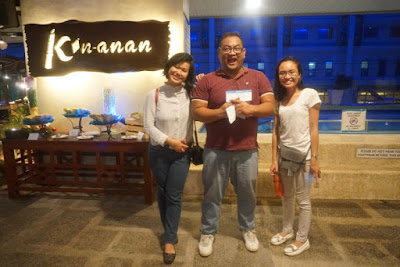 I am so happy that Cebu Parklane International Hotel is into local food and sustainable dining because they fit right into Kalami Cebu's #TheSustainableDiner series. Last week, the hotel hosted some of the finest chefs in the country and I had a quick chit-chat with them (see video above). 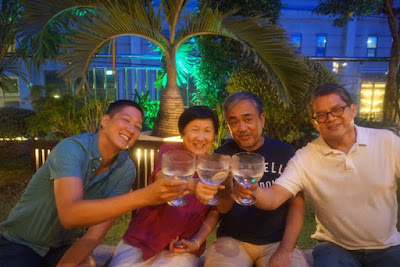 I got the chance to talk to Chef Angelo Comsti, Chef Mickey Fenix,  Chef Ige Ramos, and Chef Claude Tayag and asked about their thoughts on local cuisine and their dining experience at Kan-Anan at Cebu Parklane International Hotel.  They also talked about presenting local food in its most authentic form and not using "foreign" ingredients and spices.  All four of them were really impressed with the spread that was prepared at Kan-anan.

I have always been impressed with Kan-anan because they feature a lot of the dishes that I grew up eating.  When they started to feature more dishes from the towns as well as my favorite food spots in Cebu City, I knew that they deserve a spot on my #TheSustainableDiner and #Eatlocalph series. 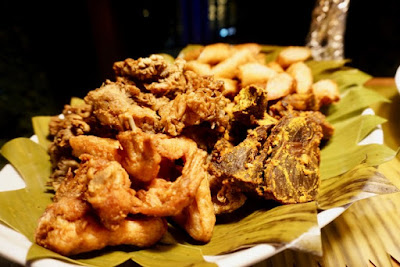 When I go to a new place, I usually want to eat local food.  We do not normally find it in hotels which forces us to go out and explore.  Not all of us want to venture out into unfamiliar territory though.  A lot of foreigners are warned about dirty food or drinks even before they reach our country.  It would be great that a hotel can at least give tourists an introduction to the local cuisine.   Hotels are known to have higher standards of sanitation and food safety which makes it a perfect place to become oriented with local food.

At Kan-anan, one can preview the countless exciting dishes that Cebu has to offer.  From their daily offerings of Sutukil to the weekend Cebuano buffet offering, visitors can get a taste of Cebu.   Wouldn't it be a nice that a hotel in each major city in the country can offer the same thing? 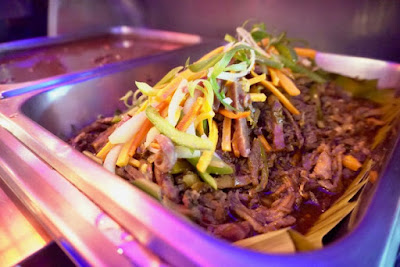 Use of Local Ingredients

Another thing that I like about their dishes is that they make it as authentic as possible.  The paklay and lansiao, for example, tastes like the ones I have in my favorite carenderia.  They use local ingredients and they want diners to experience the real thing.  There were instances before when chefs make a version of a local dish which is so different from the original.  It comes out confusing especially when someone tries a version of the dish outside the hotel.  In my opinion, if we truly want our local cuisine to be known worldwide, we have to as much possible go local when it comes to ingredients and cooking methods. 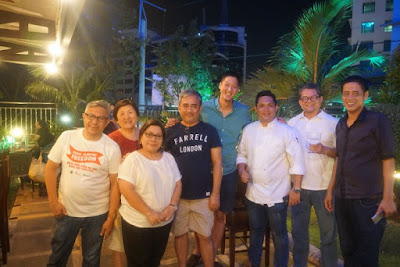 We have a lot of good Filipino chefs and cooks and to be able to come out with an honest to goodness local cuisine-inspired buffet, a hotel must a hire a local.  Locals have a deeper grasp on the ingredients, flavors, and cooking techniques for local food.  Cebu Parklane International Hotel hired Chef June Fernandez.  Chef June grew up helping out his parents run a carenderia and he is very passionate about promoting local food.  If you want to know the best places to eat local cuisine, he is one of the best guides out there.

By hiring local talent, the hotel also gives opportunities for aspiring local chefs a room for growth and a belief that locals can someday become an Executive Chef at a major hotel.  The hotel industry is very competitive and most if not all upscale hotels normally get foreign chefs to run their kitchens.  I have to give a lot of credit to Parklane for not only promoting local food but also for #hiringlocal. 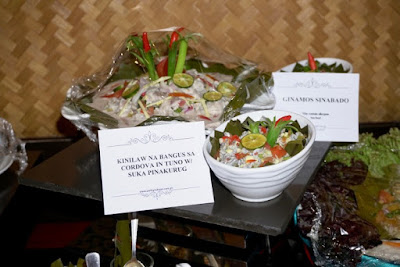 Another good thing about Parklane is that they are not greedy when it comes to giving credit to where their food is inspired from.  In fact, they point out where to find the original versions of the food that they serve.  They label food like Proven sa Lahug meaning Chicken Proven is popular in Lahug.  Other labels are Tuslob-Buwa sa Pasil, Torta sa Argao, Pungko-Pungko sa Redemptorist, Humba sa Ronda, etc.  If you just take notes when you dine here, probably, you can go on a food trip the next day by using the clues that you gathered here.  You can even ask the chefs to tell you the story behind the dishes that they serve.   It would be nice to know what lansiao and tuslob buwa are made of before having a serving or two. Right? 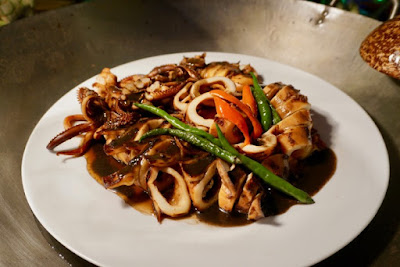 Strong Relationship with the LGU

I am a firm believer that sustainable dining is a major factor in sustainable tourism.  Another importing factor is local government support.  The local government and even the national government have interesting programs when it comes to tourism but I feel that the programs do not get enough support from the private sector.   One thing that I have observed with Cebu Parklane International Hotel is that they are a strong supporter of the programs of the Cebu Provincial Government as well Sugbu Turismo.  Actually, I got an opportunity to talk to the 4 outstanding chefs because they were judging a province-wide competition and they happen to be staying at Parklane Hotel.

Another example of a successful partnership between Cebu Parklane International Hotel and the local government is the successful staging of the "Sangka sa Kaha" in Sibonga last August.  The winning "Adubaw na Nokus" dish is now featured in the hotel's dinner buffet. A synergy between the private and public sectors is essential in making tourism programs more effective and the partnership between the Parklane Hotel and the LGU is showing me that it can be done. 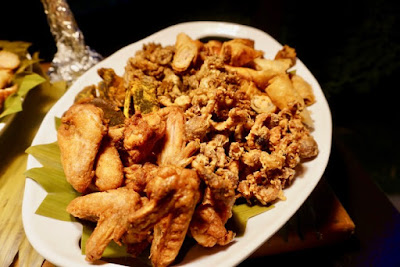 I am truly impressed with the management and ownership of the hotel and I believe that other local hotels could follow this model.  I hope to see more hotels in other provinces that follow this template of promoting local cuisine as well as working with the public sector in crafting ways of making our tourist spots more competitive and more attractive to local and foreign tourists.  They may not be labeled as the best hotel in Cebu as of the moment but if they continue embracing local food, talent, and resources, I really believe that Cebu Parklane International Hotel has a sustainable business model that will lead to profitability and prestige.

If you happen to have a friend asking for a clean and safe place to eat local food then you can always recommend Kan-Anan at Cebu Parklane International Hotel.  For less than $10, you can get a comprehensive introduction to local food from appetizers to soups to main courses and desserts in their Cebuano buffet.  Check them out and let me know what are your personal favorites on their buffet.

*This post is the 4th blog post on #TheSustainableDiner Series that will be in support of WWF-Philippines' program on sustainable dining.