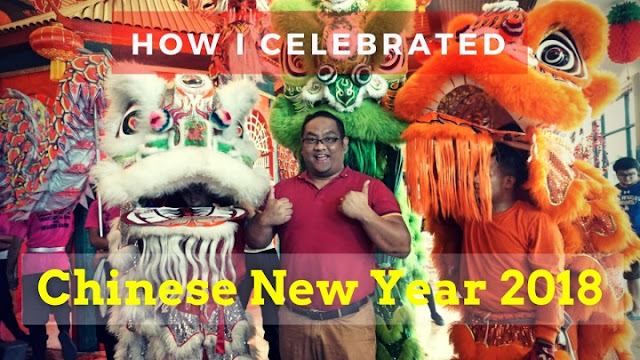 I am not Chinese but the possibility of having a Chinese ancestor is not really remote.  As Ka Bino Guerrero said, "if you shake a Cebuano's family tree hard enough, a Chinese will fall off!". We recently celebrated the Lunar New Year or more popularly known as Chinese New Year.   I consider myself fortunate as I was able to witness two grand Chinese New Year celebrations.   I went to Marco Polo Plaza Cebu for Chinese New Year's Eve and then to Waterfront Airport Hotel and Casino Mactan for the New Year's Day feast. 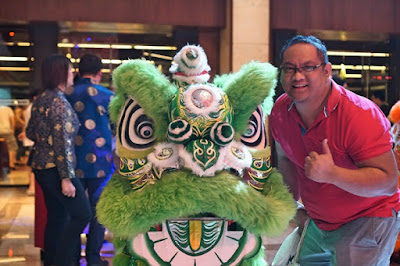 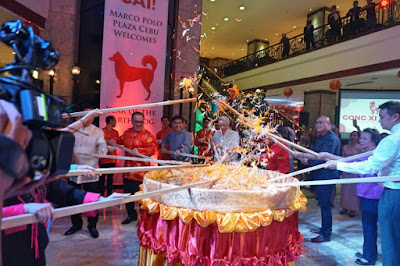 As a food blogger though, the highlight for me would be the feast that happens to start an auspicious year.   I enjoyed the variety of Chinese dishes as well as my Cafe Marco favorites like the Malicious Cookies. 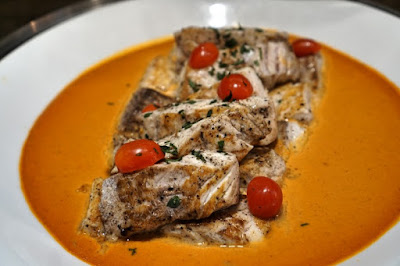 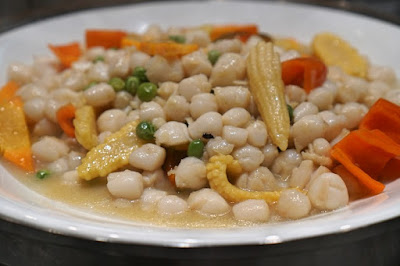 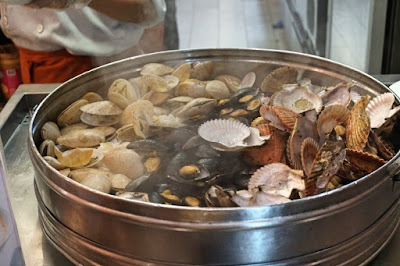 When it comes to hotel buffets, Marco Polo Plaza Cebu never disappoints. I enjoyed several platefuls and as usual, I went home with a #happytummy. 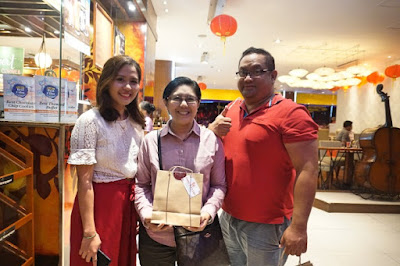 In the end, I had to leave some room on my bulging stomach because my Chinese New Year's celebration was just getting started.


After an awesome Chinese New Year's Eve, I had to wake up early because I had a New Year's lunch invite and I had visitors from Singapore.   Singaporean Blogger Grace Tan and her husband Derek were visiting Cebu.  Since they are Chinese, it was fitting that I bring them along to lunch. 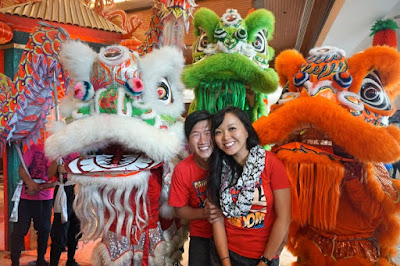 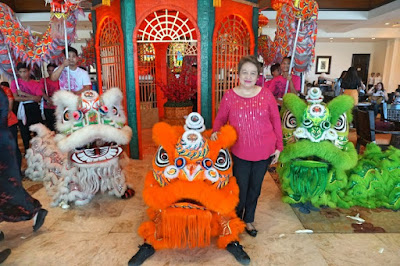 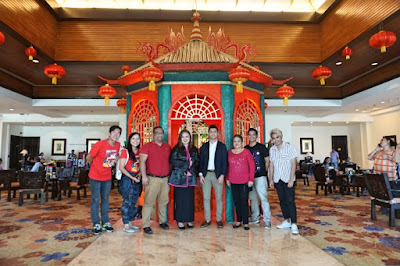 I drove the cute Singaporean couple along with my blogging buddies to Waterfront Hotel in Mactan.  Waterfront's #CNY2018 festivities also had Lion and Dragon dances before we celebrated Chinese New Year with a bountiful lunch. 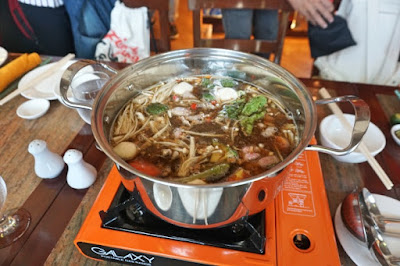 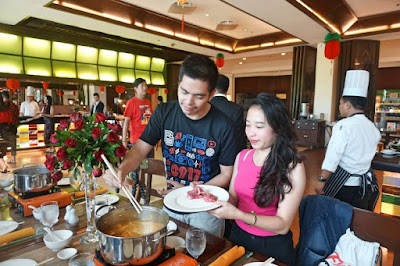 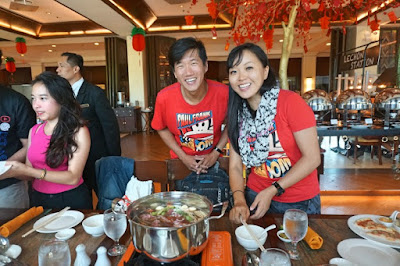 The highlight of their Chinese New Year's banquet was their Prosperity Hotpot.  It is pretty similar to Shabu-Shabu where you make your own soup with a wide choice of ingredients.  Since I know Grace and Derek were more familiar with this type of cuisine, I made them in-charge of the hot pot.  Grace made an awesome Prosperity Hotpot and I really loved it. 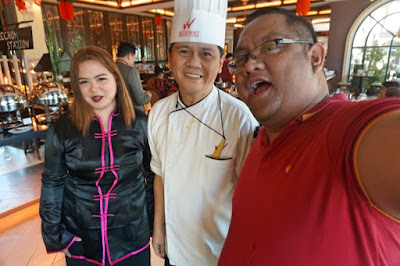 I enjoyed the prosperity hotpot along with the excellent Filipino dishes of the Cafe Uno buffet.  I also got to enjoy a lot of sticky desserts because Chinese tradition believes that eating sweet and sticky dishes during New Year will bring a lot of luck.

Thanks to my friends from Waterfront Hotel and Casino Mactan and Marco Polo Plaza Cebu, I started my lunar new year with a big smile on my face and a full belly.  Gong Xi Fa Cai and may we all be blessed with a lot of luck and fortune in 2018!!!