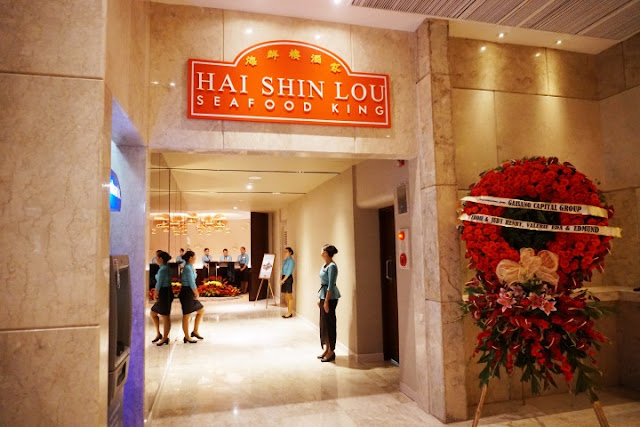 The first ever Hai Shin Lou opened in 2003 at Arnaiz Avenue in Makati.  The owners got some of the best chefs in Hong Kong to establish "the best Cantonese restaurant in town".  Hai Shin Lou means Seafood King and one of the highlights of dining here is having live seafood taken from an aquarium and cooked to your liking.   The restaurant also does not use MSG so that diners will not feel cheated when it comes to flavors and ingredients.

The owners of the restaurant, for years, resisted the temptation to expand.  Co-owner Alejandro Tengco intimated that they did not want their restaurant's quality to deteriorate due to having too many branches to manage.  Hai Shin Lou is always going to be synonymous with high-quality dishes. 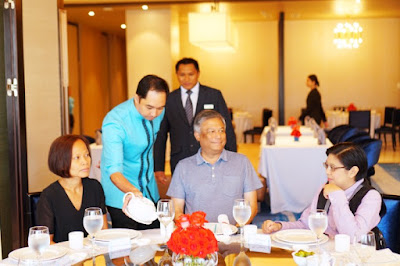 I was lucky to be one of the first few people invited to dine at Hai Shin Lou Cebu.  It was August 8, 2018, when they opened their doors to Cebuanos.  I was actually seated at the table where co-owner Alejandro Tengco was seated along with some media and bloggers friend.  Also seated with us was Manna Alcaraz of Marco Polo Plaza Cebu.

Here is what was served to us: 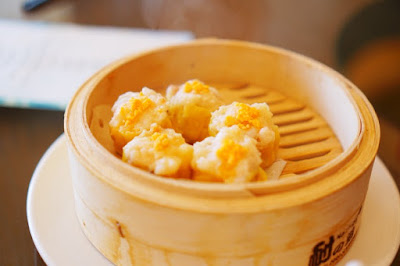 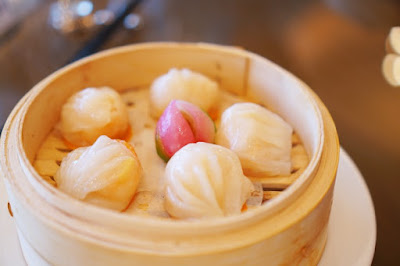 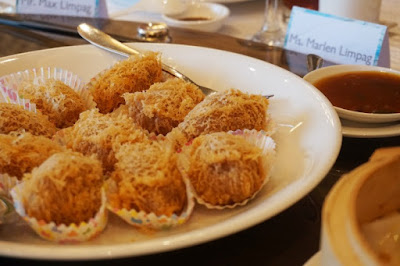 We started off with a trio of steamed and fried dim sum.  Dim Sum is very familiar with Cebuanos.  In fact, Cebuanos love dim sum.  Dim sum is a style of Cantonese cuisine that has food served in bite-sized pieces and often presented in small steamer baskets.  For that day, we had Shaomai (steamed pork and prawn dumpling topped with crab roe), Shrimp Dumpling or hakaw (hā gáau), and Taro Dumpling (Deep fried dumpling made of mashed taro stuffed with scallops).

Well, the meal started on the right foot as we were served with something familiar and easy to gauge.  The dim sum dishes were spot on.  I am a big hakaw fan and I loved their shrimp dumpling.  The wrap might be too thick according to a food critic friend but for me, the flavor is just phenomenal.  I never had a  hā gáau this good for quite some time. 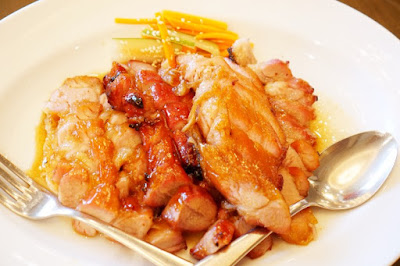 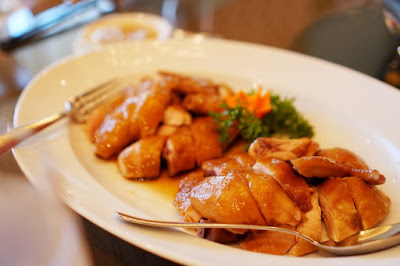 After boasting off their dim sum making capabilities, our friends from Hai Shin Lou then served us a pair of meat specialties: barbecue pork and soyed chicken.  Boss Alejandro even joked that he will close the restaurant if we do not think their barbecue pork or asado (char siu) is not up to par with the best in Cebu.  Well, I might just do an Asado comparison in the future because of that statement.  A tablemate also mentioned that the soyed chicken was as tasty the ones they had in Singapore.  For me, the dishes were well-cooked and seasoned perfectly.  One of the strengths of this restaurant is definitely their sauces. 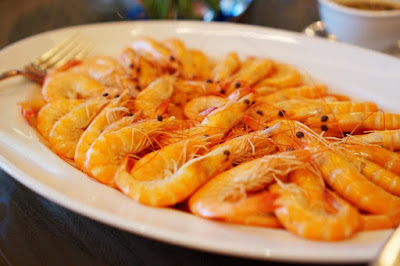 I would have complained to Manna if we were not served some seafood dishes that day. They cannot call themselves Seafood King if we will just have a filling "yum cha" meal. Well, the next dish that was served to us was Swahe or steamed live shrimps.  We actually ate this with our hands.  The shrimps were so sweet that I could probably sit there the whole day and just eat swahe.  The shrimps had good size too. 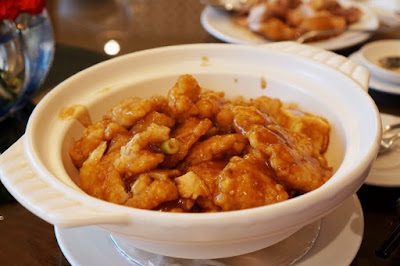 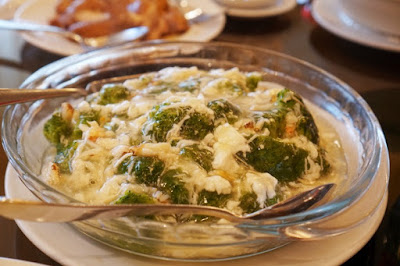 After tasting dim sum, meats, and seafood, they then serve some of the more complicated dishes.  We had the fish fillet with homemade beancurd in a hot pot, and fresh crabmeat with seasonal vegetables.  Plus, just like any Chinese celebratory meals, we had Yang Chow Fried Rice. To be honest, I really find it puzzling why they served the fried rice last but according to Mr.  Tengco, the rice or starch is served last because its only eaten as a filler on your stomach.

Normally, Chinese Lauriat meals will have 8-15 dishes and if rice is served first, most likely, the diners will not be able to enjoy the last 3-5 dishes because they will surely be full.   I get the logic but for purely gastronomic enjoyment, I would love to have some rice with these yummy dishes. Rules are rules, though.  The last two hot dishes were excellent too and it made me curious what else can the chefs do.  I would love to eat here again and try the other creations from the wok. 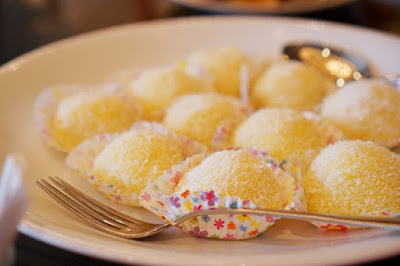 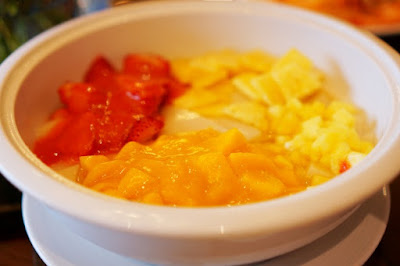 To cap our meal, we were served with Snow Ball and Almond Jelly with Fruit Cocktail.  If there is some dish that mesmerized me that day, it was definitely the snow ball. It was soft, sweet, and cold. Writing this makes me want to go back to Hai Shin Lou and order a dozen for myself.  I also liked that they added some mangoes on their fruit cocktail that had strawberries.  The desserts really made the whole meal super memorable.  I surely recommend this restaurant.

To conclude, my first meal at Hai Shin Lou Marco Polo Plaza Cebu was glorious.  It was FREE but I will surely be back there to pay for a good Cantonese meal.  Are they the best Chinese restaurant in Cebu? I really do not know.  For now, they are the most expensive Chinese restaurant in the city but so far, I think they have what it takes to be the best.

Which do you think is the best Chinese restaurant on the island?  Let me know your suggestions by making a comment so that I can try it out.