A Night of Lechon and Cognac with VKV Cebu Members 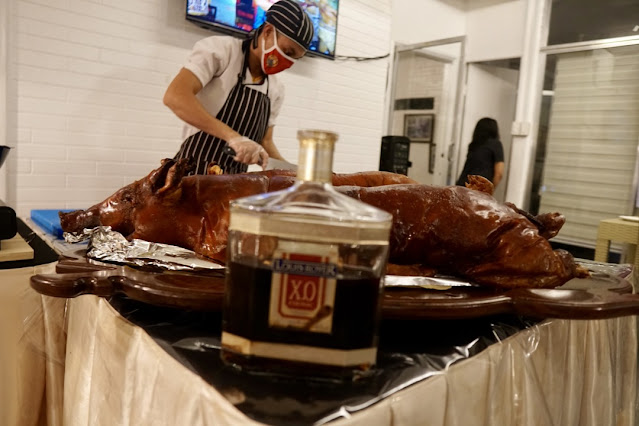 I was invited by Dr. Nestor Alonso to his fraternity's anniversary.  His simple preposition was that he is organizing a lechon and cognac night for the Venerable Knight Veterinarians Fraternity and Sorority members of Cebu.  With lechon alone, it would have been an easy yes but with cognac, it became a no-brainer.  Happy 63rd Anniversary, VKV!!! 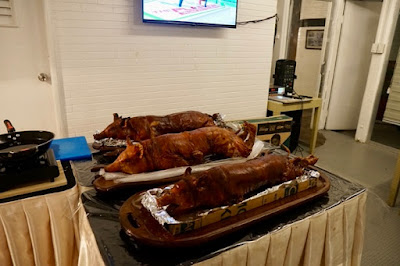 The lechon and cognac night was held at La Casa Vieja in Banawa.  On this night, we had 3 lechons from different suppliers: Cang's Lechon, KKD's very own lechon, and Paray's Lechon.  We paired each with a cognac:  Louis Royer XO, Hennessy XO, and Remy Martin Club. 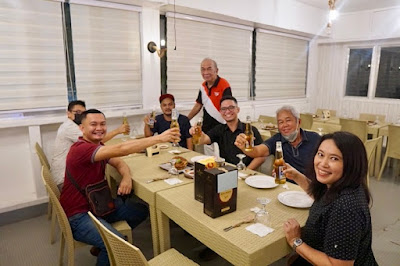 Aside from the main event, we also had a buffet of La Casa Vieja's specialties like Crispy Pata, Tortang Talong, Bam-i, Tempura, and Pochero.  Some even had a round of beer (or two) before the real party began.
As for me, I really focused on the lechon and the cognac.  We started with the Louis Royer paired with Cang's Lechon.  I was pleasantly surprised that cognac and lechon worked out well.  Alcohol and fatty food is a match made in heaven and the cognac added some spice to the lechon.  I probably would not have cognac and spicy lechon together, but regular lechon Cebu with French cognac is an excellent pairing. 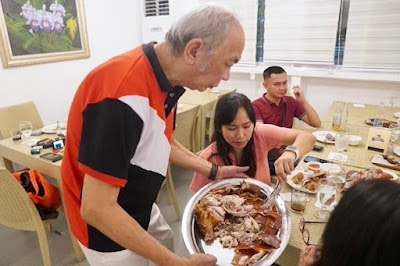 The lechon from KKD was a dark house when it comes to "lechon wars".   It did not lag behind the other established brands when it comes to flavor.  Pairing it with the Hennessy XO was a joyful experience.   As we had more shots of cognac and lechon, everything felt lighter and I hear more laughter from the Knights.  As we finished off the night with the Paray's lechon and Remy Martin Club, I can see how close the VKV community in Cebu and if I had a kid or a nephew who wanted to be a veterinarian, I would probably tell him or her to join VKV. 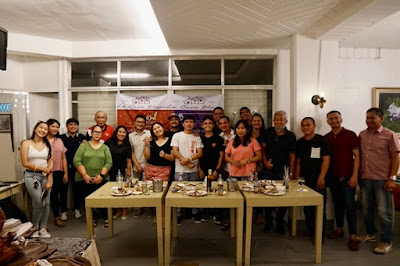 The lechons that we tasted were great.  The cognacs were magnificent.  What impressed me most, though, was the camaraderie of the members of VKV.  I am not surprised any more that they are stronger than ever after 63 years.  I have seen how members from different generations and schools treat each like real brothers and sisters. I'm glad I was there that night.  Thank you VKV and Happy 63rd Anniversary!!
Best Lechon in Cebu La Casa Vieja Lechon and Cognac Pairing